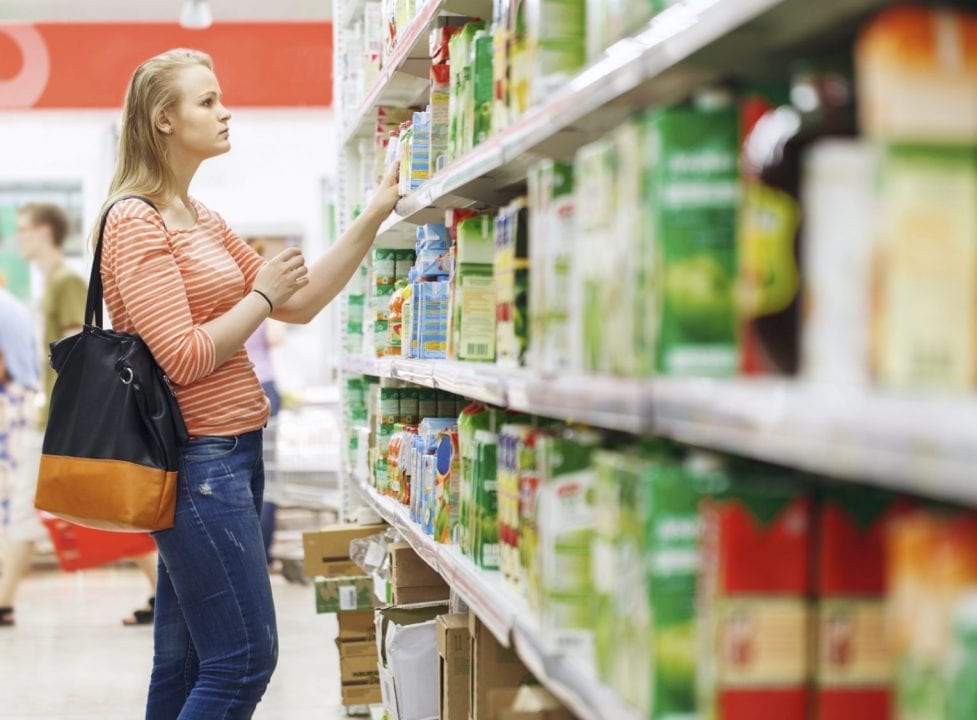 ATLANTA—Emulsifiers, which are added to most processed foods to aid texture and extend shelf life, can alter intestinal bacteria in a manner that promotes intestinal inflammation and colorectal cancer, according to a new study.

Colorectal cancer, the fourth leading cause of cancer-related deaths worldwide, was responsible for about 700,000 deaths in 2012. There is increasing awareness that the intestinal microbiota, the vast, diverse population of microorganisms that inhabits the human intestines, play a role in driving colorectal cancer.

The microbiota is also a key factor in driving Crohn’s disease and ulcerative colitis, the two most common forms of inflammatory bowel disease (IBD). IBD is known to promote colon tumorigenesis and gave rise to the term “colitis-associated cancer.” Low-grade inflammation, a condition more prevalent than IBD, was shown to be associated with altered gut microbiota composition and metabolic disease and is observed in many cases of colorectal cancer. These recent findings suggest dietary emulsifiers might be partially responsible for this association.

“The incidence of colorectal cancer has been markedly increasing since the mid-20th century,” said Viennois, assistant professor in the Institute for Biomedical Sciences. “A key feature of this disease is the presence of an altered intestinal microbiota that creates a favorable niche for tumorigenesis.”

“The dramatic increase in these diseases has occurred amidst constant human genetics, suggesting a pivotal role for an environmental factor,” said Chassaing, assistant professor in the Institute for Biomedical Sciences.

Previous reports by the Georgia State research team suggested that low-grade inflammation in the intestine is promoted by consumption of dietary emulsifiers, which are detergent-like molecules incorporated into most processed foods that alter the composition of gut microbiota. The addition of emulsifiers to food seems to fit the time frame and had been shown to promote bacterial translocation across epithelial cells. Viennois and Chassaing hypothesized that emulsifiers might affect the gut microbiota in a way that promotes colorectal cancer. They designed experiments in mice to test this possibility.

In this study, the team fed mice with two very commonly used emulsifiers, polysorbate 80 and carboxymethylcellulose, at doses seeking to model the broad consumption of the numerous emulsifiers that are incorporated into the majority of processed foods. Researchers observed that consuming emulsifiers drastically changed the species composition of the gut microbiota in a manner that made it more pro-inflammatory, creating a niche favoring cancer induction and development. Alterations in bacterial species resulted in bacteria expressing more flagellin and lipopolysaccharide, which activate pro-inflammatory gene expression by the immune system.

When using a well established model of colorectal cancer, the researchers observed that dietary emulsifier consumption was sufficient to make the animals more susceptible to developing colonic tumors because this created and maintained a pro-inflammatory environment associated with an altered proliferation/apoptosis (cell death) balance. The researchers observed that enhanced tumor development was associated with an altered intestinal microbiota, characterized by an increased pro-inflammatory potential.

This study demonstrated that emulsifier-induced alterations in the microbiome were necessary and sufficient to drive alterations in intestinal epithelial cells’ homeostasis, which is thought to govern tumor development. The effects of consuming emulsifiers were eliminated in mice devoid of microbiota (germ-free mice), and transplanting microbiota from emulsifier-treated mice to germ-free mice was sufficient to transfer alterations in intestinal epithelial cells’ homeostasis, suggesting a central role played by the microbiota in tumor development.

Overall, these findings support the concept that agitating host-microbiota interactions to cause low-grade gut inflammation can promote colon carcinogenesis. The team is now investigating which microbiota members are triggering this detrimental effect, as well as the mechanism of altered microbiota-induced cancer promotion.

This study was funded by the National Institutes of Health, the Crohn’s & Colitis Foundation of America and the Department of Veterans Affairs.