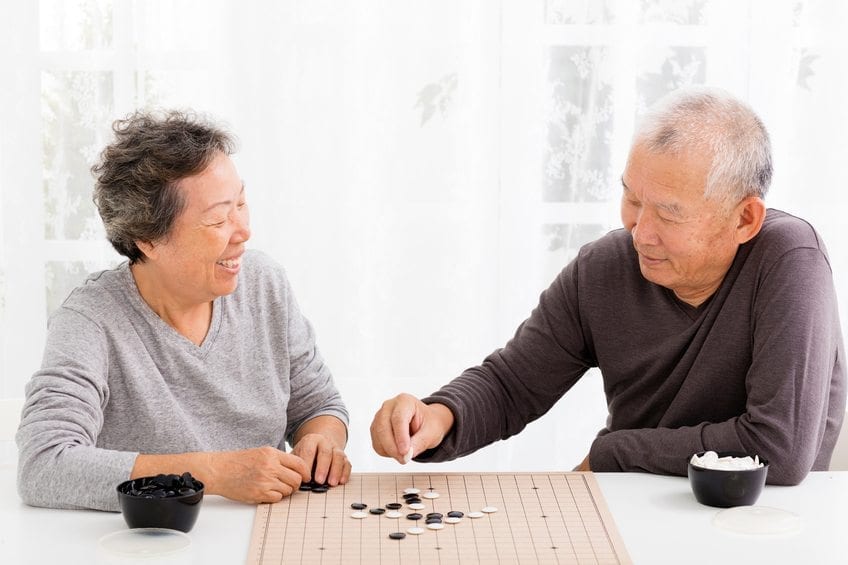 ATLANTA—Having comfortable living conditions and independence from their adult children can help elderly Chinese immigrants find a sense of home and life satisfaction in the United States, but the inability to speak fluent English makes them feel unsettled, according to a research study.

Researchers at Georgia State University, the International Association of Long Term Care Directors and Shaanxi Normal University found favorable social policies toward older adults, such as Medicare, Medicaid, low-income housing and social services, are important factors that make older immigrants feel a sense of home in a foreign land. The findings are published in the Journal of Cross-Cultural Gerontology.

“Asian American seniors are minorities who receive little attention,” said Dr. Jenny Zhan, associate professor in the Department of Sociology at Georgia State. “Their needs are often underserved because they are assumed to be self-sufficient and cared for by their families.”

Immigrants face numerous challenges when they relocate to a foreign country in old age, such as not speaking the language of the host country, not having a work history and having little income.

There is limited research about Asian American groups. No known study has examined the emotional aspect of Chinese seniors’ sense of home in a foreign land. As Asian Americans are immigrating into the U.S. in larger numbers, growing old and retiring in the U.S., understanding their sense of home and life satisfaction could shed light on their quality of life, as well as inform policy makers and community organizations of future needs for social services.

This study surveyed 107 elderly immigrants of Chinese descent living in the metro Atlanta area. Five counties – Forsyth, Gwinnett, DeKalb, Clayton and Fulton – have the largest number of Asian Americans, ranging from 5 to 10.6 percent of the local population. In the city of Atlanta, Asian Americans and Pacific Islanders make up 5.1 percent of the population, an increase of 65.8 percent over the past 10 years. The population of Chinese Americans has increased 66.9 percent between 2000 and 2010, from 0.5 to 0.7 percent of Atlanta’s total population.

Participants in the study, who ranged in age from 59 to 93 and had been in the U.S. for more than two years, were identified through the Asian American Seniors Association in Atlanta and a  Chinese adult day care center. The majority preferred to have face-to-face interactions with the senior researcher or trained bilingual graduate students rather than complete the survey questionnaire themselves. Interviews were conducted in Chinese Mandarin and then transcribed into written Chinese. The study excluded seniors with clear signs of dementia.

Atlanta’s warm weather was the most frequently mentioned factor that made the seniors feel at home and was a key element in choosing to live here, ranked before “being with children.” Many also emphasized Atlanta’s affordable cost of living and the availability of parks, libraries and scenery.

A large number of the seniors came to the U.S. to follow their children and help raise their grandchildren. More than half indicated a preference for separate living arrangements from their adult children, referring to “different habits, schedules, lifestyles or not wanting to be in their way.”

One-third of the seniors said their inability to speak English made them feel very limited, particularly as they need to see a doctor more often. They must rely on their children as translators during doctor’s visits.

Some expressed gratitude toward America’s social policies for older adults, saying they are better than those available in their home country.

This study highlights the need for adequate social services for older, non-English speaking immigrants from all ethnic backgrounds and independent, low-income housing for seniors with a language barrier.

Co-authors of the study include Qi Wang and Zoe Fawcett of Georgia State, Xiaoqing Li of the International Association of Long Term Care Directors in Atlanta and Xiying Fan of Shaanxi Normal University in Xian, China.

The study was funded by Georgia State’s Gerontology Institute.

Zhan’s research and teaching have focused on aging and social policies in global perspectives, gender and families in global perspectives, and issues of Asian American elders in the U.S. In 2008, she won a Fulbright Fellowship Award to conduct a semester-long research in China on issues of social policy and long term care. In 2009 and 2010 she is continuing this research with grants from NIA and Fogarty International Center, collaborating with Brown University faculty in the U.S. and Nanjing and Nankai Universities in China. She has published over 20 articles and book chapters in both Chinese and English on issues of aging and social policies, intergenerational relations among Chinese and Chinese Americans, and family and gender issues in China and among Asian Americans.