A Vascular Fountain of Youth

A Vascular Fountain of Youth

What if you could turn back the clock on your circulatory system? A Georgia State professor may have found a way.
by Jennifer Rainey Marquez 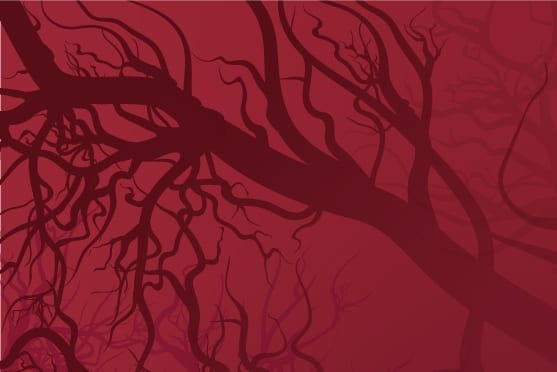 Heart disease is the leading cause of death in the United States among men and women, and the number one risk factor is age. In large part, this is because of the damage that occurs in our blood vessels as we grow older. But what if you could turn back your circulatory system’s clock?

Georgia State scientists recently uncovered a molecule that could serve as a vascular fountain of youth. The molecule, which is produced by the liver during fasting or calorie restriction, can delay vascular aging by preventing senescence — the gradual deterioration of a cell’s ability to divide and multiply — among endothelial cells, which line the interior surface of blood vessels.

The molecule, called ß-Hydroxybutyrate, not only promotes cell division. It can also help fight against senescence caused by accumulated DNA damage, the primary cause of aging.

“When people grow old, the vessels that supply different organs are the most sensitive to age-related damage,” says the study’s senior author, Ming-Hui Zou, director of the Center for Molecular and Translational Medicine at Georgia State and a Georgia Research Alliance Eminent Scholar in Molecular Medicine. “If we can make the vascular system ‘younger,’ it could reduce the risk of not just cardiovascular disease but also Alzheimer’s disease and cancer.”

Unfortunately, it takes more than just skipping a meal to produce the molecule naturally. The liver only makes β ß-Hydroxybutyrate during periods of extremely restrictive food intake, starvation or prolonged intense exercise. So the researchers are working to develop a chemical that can mimic its effects.

“It’s been known that fasting can have an anti-aging effect, but our work has provided a chemical link,” says Zou. “The next step is figuring out how to turn this discovery into a tool that can be used by anyone, not just dieters.”