A Lens on Belonging

A Lens on Belonging

Assistant professor Aggie Ebrahimi Bazaz uses documentary filmmaking to complicate the narratives we have around immigration.
Use Scan QR Code to copy link and share it
by Jewel Wicker 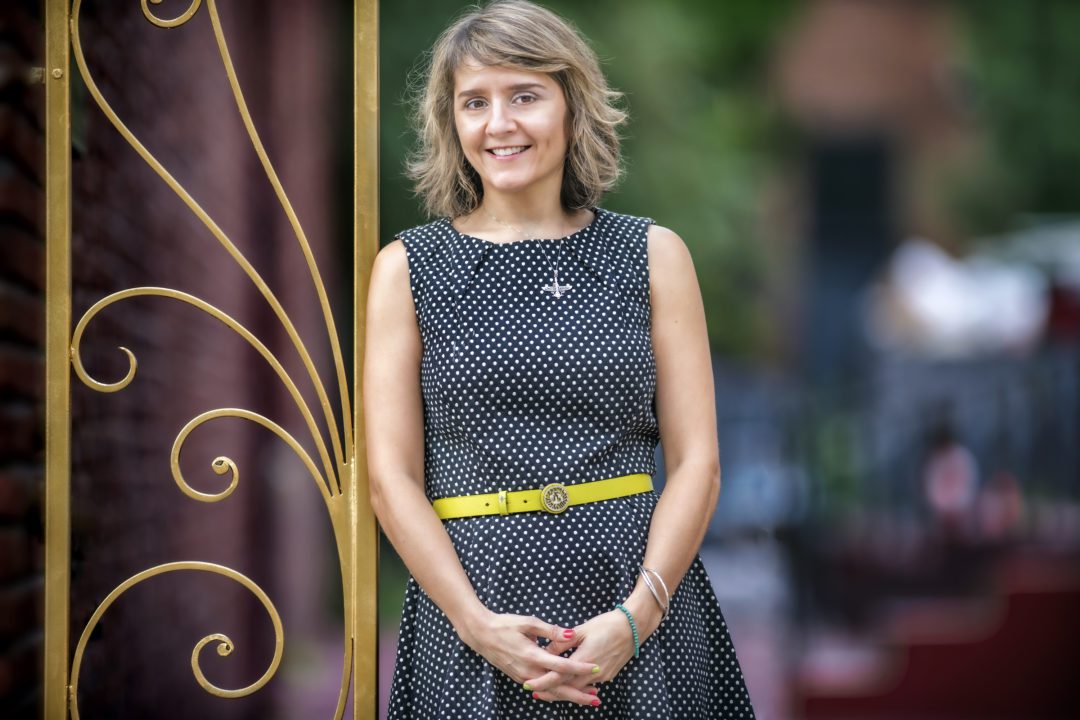 A lot of the questions she was asking in the filmmaking process — Where are you from? How long have you been here? Why are you here? — sounded like the questions she and her family had been asked in immigration interviews and by customs agents as Iranian immigrants traveling to and from the United States. Her intention, of course, was very different than that of immigration officials. But Ebrahimi Bazaz said the realization made her think of the ways she and other documentarians might be unintentionally “othering” subjects in their work.

“We’re reinforcing the same thinking that leads to the immigration policies that we’re trying to counteract,” she says. “Our practices are not aligned with hoped-for outcomes.”

After moving from Iran to America when she was seven years old, Ebrahimi Bazaz fell in love with storytelling through the folktales her mother comforted her with. It wasn’t until she studied multicultural literature at the University of Georgia that she learned to make sense of her experiences as an immigrant through narrative storytelling. One of her first documentaries uses poetry to delve into her family’s experiences as Iranian Americans.

Since then, Ebrahimi Bazaz has spent much of her career thinking about the ways in which documentary filmmaking can be used as an effective form of storytelling, as well as the ways the art form can fortify oppressive systems by shaping how we think about complex issues.

“Documentary is too often perceived as capital T truth, capital F, fact,” she says. “[But] documentaries are very much constructed representations of people filtered through a filmmaker’s perspective.

“The documentary theorist Bill Nichols says that documentaries aren’t a lens on the world, they’re one perspective on the world. Or a series of perspectives shaped by the people who are editing or filming or producing the film.”

In addition to teaching courses at Georgia State, Ebrahimi Bazaz is working on a documentary titled “Cómo Vivimos” (“How We Live”) that centers on a migratory farm-working community in California.

“Part of the work of the film is to participate in some of the scholarship around citizenship, which holds that citizenship isn’t a binary. It’s not that you either are or aren’t. It’s actually a continuum,” she says. “The experiences of Black Americans in the United States demonstrate — and have for centuries — that citizenship doesn’t afford everyone the same privileges and rights. So, when we limit political discussions about immigration policies to questions of citizenship, we’re not necessarily guaranteeing equitable access to inalienable rights: inherent dignity and worth of the human person; equal access to social mobility and better standard of living; favorable work conditions, etc.”

Ebrahimi Bazaz is co-producer of a documentary built around similar themes that will air on PBS this fall. Directed by Colombian filmmaker Oscar Molina, “La Casa de Mama Icha” features a 93-year-old woman who, after 30 years in the U.S., decides to move back to her native Colombia and live in the home her family built using money she’d sent from America.

“The immigration narrative often is about coming to this new place and becoming a new person, but this film complicates that,” Ebrahimi Bazaz says. “At the micro level, this film is about the ways that we actually don’t leave behind a homeland once we’ve left. At the macro level, the film asks us to consider the structural reasons people are compelled to leave their homes, even while holding for decades the dream of return.”