As the creative director of TIME Magazine, D.W. Pine (B.B.A. ’92) is one of the nation’s most influential storytellers. Every seven days, he designs and produces a newsstand cover that captures and defines the world’s most pressing moments, conflicts or concerns — a weekly rotation of global zeitgeists, each fixed within an 8-by-10-inch red frame. 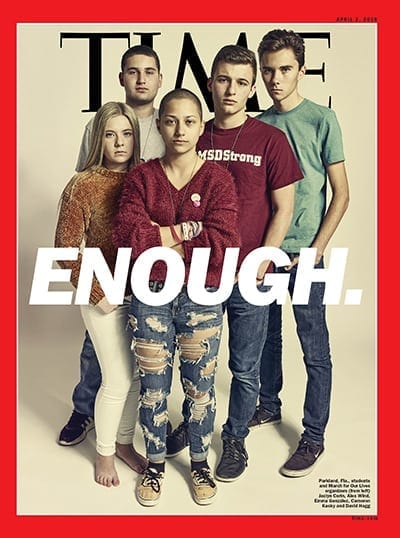 IN THE LATE 1980s, a young marketing student picked up a campus job as a sportswriter for The Signal, Georgia State’s award-winning student newspaper. With that move, D.W. Pine started down a path that quickly led to a long and prestigious career — 20 years and counting — as TIME Magazine’s chief visual storyteller.

Equal parts journalist, artist and marketer, Pine manages every cover while directing the magazine’s creative team and overseeing the brand in advertising and promotion. His leadership has helped TIME stay relevant as a print publication in an increasingly digital age even as he’s led the magazine to transcend the limitations of ink and paper. With Pine at the helm, TIME became the first weekly to premier on the iPad and has found novel ways to engage more than 60 million people on social media with captivating animations of each week’s cover.

For Pine, the job isn’t just about leading a brand or breaking big stories. It’s about clearing the static of these complicated times, building trust with the public and using art to chronicle and articulate history as it unfolds.

How did you go from a marketing major to the creative director of one of the world’s most iconic and influential brands?

My father was in marketing and finance at IBM, and I thought that would be a good path for me as well. However, after my first accounting class, I quickly realized it wasn’t for me. While I did take a journalism class at Georgia State, working at The Signal for three years is what really forged my future career path. 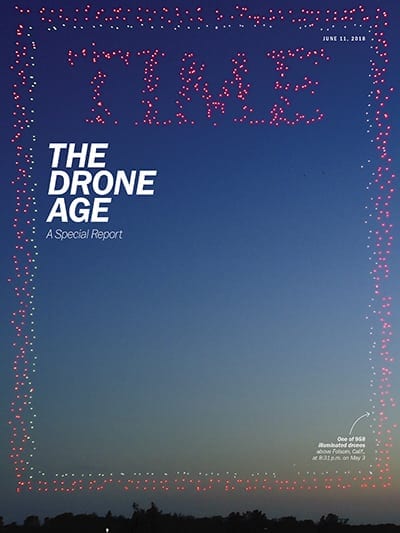 That said, I certainly put my marketing degree to work every day at TIME since a good portion of my job is making sure the brand is presented in a dynamic, historic and marketable way.

What led you to work at The Signal, and what did you learn?

I was walking through the old Student Center in 1987 and saw an ad for a sportswriter position at The Signal, so I went into the office and applied. My first story was about the Georgia State rowing team, which I knew nothing about, but I had always been interested in sports, and the writing just came naturally.

After a year, a position opened up at The Atlanta Journal-Constitution (AJC) for a sportswriter in the Cobb County bureau, and I got it. For the next three or four years, I worked there and at The Signal while taking a moderate class load.

I wrote more than 1,100 stories for the AJC, covering local and professional sports, including the PGA Tour. I was even the beat writer for the Georgia State basketball team for three seasons.

I was also moving up at The Signal. I made editor-in-chief by the time I graduated and got to work as the sports editor and news editor along the way, too.

After I finished school, the AJC needed a layout designer — another role I had picked up at The Signal. I had transitioned The Signal from waxed layout boards to computers in the late 1980s and had been teaching myself how to design on the Mac ever since. So, the AJC gave me a rare opportunity to write for 20 hours a week and design for 20 hours a week. I switched to full-time design after a year. 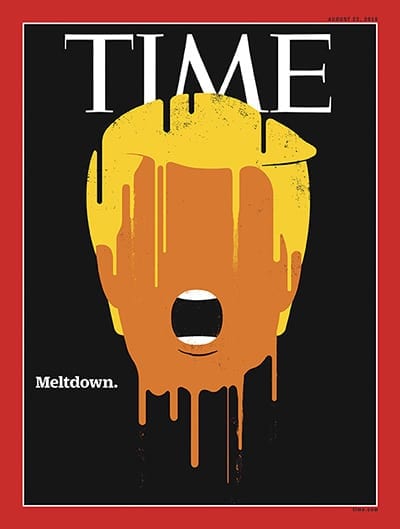 Take us through your responsibilities for the TIME cover.

I’m responsible for the overall design of the TIME cover each week, and I create my own graphic art or type treatment about once a month. I occasionally know the cover direction a few weeks in advance, but for the most part, we’re starting fresh each week.

It’s been a ton of hard work and sleepless nights — a willingness to do anything needed to help create TIME each week. Fortunately, I get to work with some of the world’s best photographers and illustrators to help fill that blank canvas. The media industry is exciting and stressful — especially right now — but it’s also rewarding and important. In that respect, it’s certainly a cool place to work.

You’ve spoken elsewhere about your dedication to the craft of visual journalism, which you see as the intersection of news and art. Why is this so essential?

We live in an extraordinarily complex world with few simple answers. For me, an image — whether a photo or illustration — goes beyond the familiar saying, “An image is worth a thousand words.”

It’s more than that. It has the power to cut through the clutter of tweets and 24/7 news and competing voices. The cover of TIME crystallizes what’s important in a simple, graphic, impactful 8-by-10 space.

With all the competition for people’s time, it amazes me how the TIME cover is as relevant today as it was 95 years ago — and maybe even more so given the current climate of distrust in news.

TIME releases an animation of each week’s cover on social media. How important have these been?

About three years ago, I was interested in pushing the “red border” in new directions. So, I enlisted some friends at a New York design firm to start animating the weekly cover for our 60 million followers on social media.

Since then, we’ve produced more than 150 animated covers, some attracting more than two million Instagram views each. Once I close the cover around 2 p.m. on Wednesday, we produce the animated version in a few hours. It’s been wonderful to see the response and introduce a new audience to the power of TIME.