From Virtual To Reality

With one of the rarest and most advanced virtual production tools in the world, the Creative Media Industries Institute is at the forefront of computer-generated visual effects.

In show business, virtual production is what filmmakers use to blend the physical world with digital elements. It’s what makes the characters in movies such as “Avatar” and the recent “Star Wars” installments possible. It’s also how video games such as “Call of Duty” and “Halo” animate characters so realistically.

As the field continues to evolve, new tools are attracting interest and promising to deliver increasingly immersive and novel experiences for viewers. Among the latest tools for virtual producers, three-dimensional (3-D) volumetric capture is emerging as one of the most powerful.

Using a host of video cameras in a controlled space, the technology captures performances — such as a character’s movement over a period of time — to create 3-D video holograms. Once processed, these performances become viewable from every angle. They can be manipulated, replicated and placed in any environment, where they respond to the lighting, effects and other atmospheric factors of any given world. The 3-D holograms are the latest advance in cross-reality (XR) technology appearing in film, gaming, marketing, education and more.

The French technology company 4DViews makes one such volumetric capture system, the HOLOSYS, which took more than 10 years to develop. There are only three of them in the world — one in France, another in Japan and one at Georgia State’s Creative Media Industries Institute (CMII), the largest of the three systems. 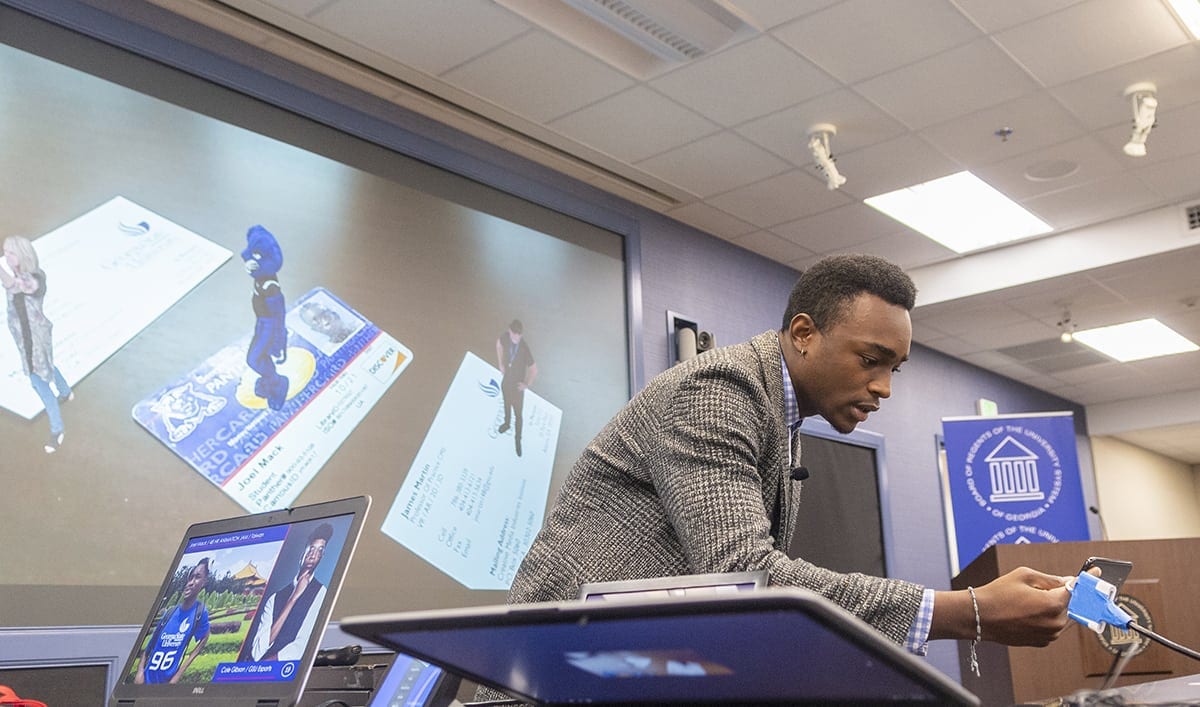 Joel Mack (B.I.S. ’20) shows off an app he created that uses 4-D capture on business cards. Photo by Bill Roa.

Behind the Curtain
Overseen by Candice Alger and James Martin, professors of practice at CMII, Georgia State’s HOLOSYS features 32 cameras in a 30-by-30-foot space that reaches 16 feet high — and is open for business.

Partnering with film studios, video game developers, record labels and technology companies, Alger and Martin use the HOLOSYS to generate revenue and innovate solutions for the latest challenges of virtual production. It takes them 10 hours to process 60 seconds of volumetric capture, and every second of the captured 3-D asset takes up an entire gigabyte of data. (Good thing they have 72 terabytes of storage.)

Alger and Martin each have two decades of experience with animation, motion capture and other facets of virtual production. Alger is the former chief executive officer of Giant Studios, the Atlanta-based firm whose proprietary technology helped create “Avatar,” “Iron Man” and “Halo 4” before film producer James Cameron acquired the company. Martin recently finished work on the upcoming feature film “Replicas” starring Keanu Reeves, where he was the lead previsualization artist, coordinating the step between preproduction and principal photography.

The pair envision an exciting future for their studio technology. They talk about XR holograms replacing wax museums, 360-degree virtual fashion shows, photoreal cinematic sequences in video games, crowd sequences in movies populated using libraries of stock characters without having to recruit extras or conduct additional shoots, and much more.

“What’s unique about CMII is we have a lot of different tool sets,” Alger said. “We have optical capture, sensor-based capture, animation and volumetric scanning, and we’ve integrated all these tools into different fluid production pipelines. So, we can determine the best approach for each project and make it happen, not just make a technology drive the solution.”

Even better, this technology is still in its infancy. As giants like Microsoft and Intel continue to invest millions of dollars in it, producers like Alger and Martin keep pushing the envelope on what they can do with it. And they can’t wait to break out their newest toys. 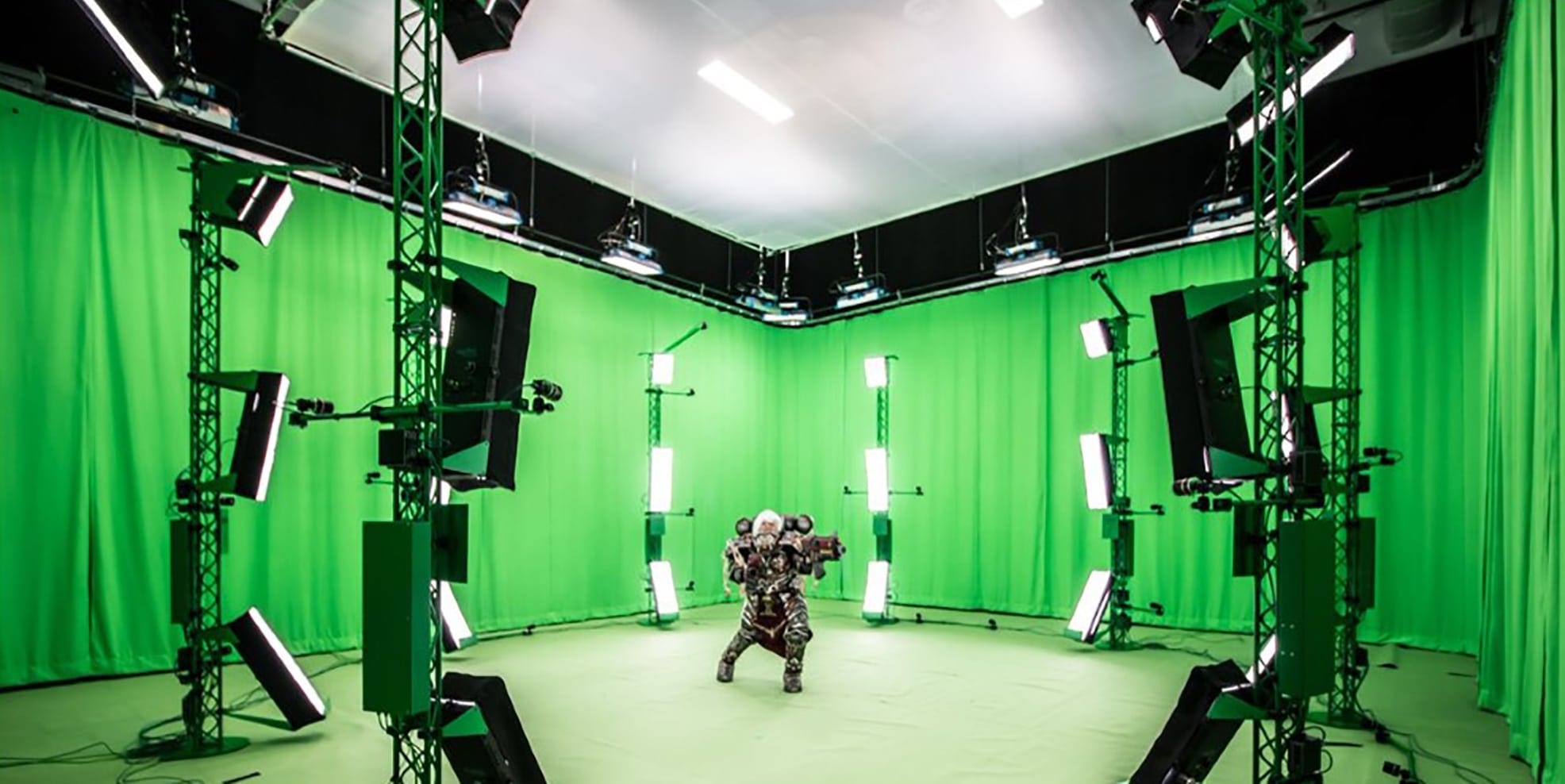