Since 1963, the Georgia State Alumni Association has recognized outstanding alumni with its Distinguished Alumni Awards. Meet the 2018 winners.
Use Scan QR Code to copy link and share it

“This year’s Distinguished Alumni Award honorees exemplify the grit and innovation that are such a part of our DNA at Georgia State,” said Christina Million (MBA ’10), associate vice president and executive director of the alumni association. “Pillars and pioneers in the fields of executive leadership, education, enterprise and entrepreneurism, these four Panthers are tremendous role models and ambassadors for doing things ‘The State Way.’”

The award recipients are: 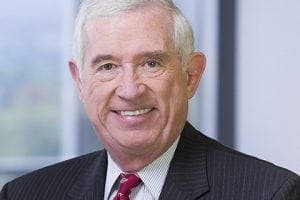 Anthony P. Burger (B.B.A. ’71) — Burger has built an illustrious career as an enterprise risk adviser and his contributions to the community and Georgia State are just as notable. For more than 40 years, Burger has served in a number of management roles, including board chair, for Pritchard & Jerden, an Atlanta-based insurance and risk management firm. Burger has given his time and talents to a number of local, state and national trade organizations, as well as to the Metro Atlanta Salvation Army. A past president of the Alumni Association Board of Directors, Burger has been an executive committee member of the Georgia State Foundation Board of Trustees and a member of the University Athletic Association Board of Trustees. 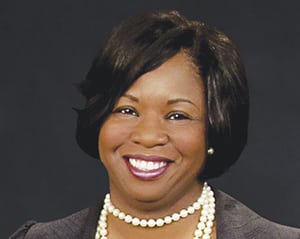 Ann-Marie Campbell (MBA ’05, B.A. ‘07) — As executive vice president, U.S. Stores, for The Home Depot, Campbell leads the home improvement retailer’s more than 2,000 stores and the bulk of their 400,000 associates. She started at the company in 1985 as a cashier and worked her way up through every position at the store level before moving to corporate leadership roles, including vice president of a variety of corporate departments and president of the company’s Southern Division. Campbell serves on the Georgia State Foundation Board of Trustees and the Robinson College of Business board of advisers, as well as the boards of Potbelly Corporation, the Georgia Aquarium and the World Affairs Council of Atlanta. From 2014-17 Fortune magazine listed her among the 50 most powerful women in business. 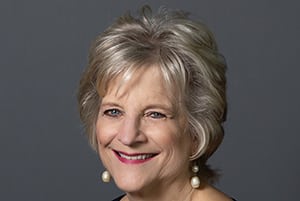 Vesta Jones (M.Ed. ’73) — As an educator, administrator and counselor, Jones has dedicated her life to helping others. The Atlanta native has taught and counseled pre-kindergarten to 12th grade students at Whitefield Academy and the Westminster Schools, from which she is also an alumna. Jones has served in various capacities at First Presbyterian Church, including as a community ministry and church elder. She also developed the curriculum for the Shalom Ministry at Community Bible Church in North Carolina. Jones serves on the advisory board for the College of Education and Human Development at Georgia State and volunteers as a counselor at the Atlanta Youth Academy. 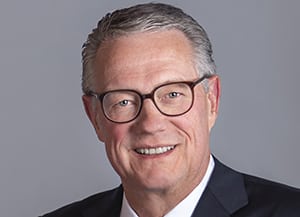 Lamar Smith (B.B.A. ’69) — Smith is a corporate executive, entrepreneur, non-profit champion for at-risk children and war hero. As a Georgia State student, Smith started a photography business before joining the military and serving in Vietnam. Smith distinguished himself as a United States Air Force (USAF) Special Operations combat pilot, earning two Silver Star medals, six Distinguished Flying Crosses and 11 Air Medals. After leaving the USAF, he joined First Command Financial Services, which provides financial planning and products to military officers and their families. After less than a decade, Smith became president and later was board chair and chief executive officer. He helped found an inner-city after-school program for at-risk boys and is on the board of a New York Stock Exchange insurance provider.

The awards dinner will be held from 6-9 p.m., Friday, Oct. 26 at The Southern Exchange at 200 Peachtree Street, NW. For more information about the event and to sponsor or purchase tickets, go to pantheralumni.com/DAA.

With one of the rarest and most advanced virtual production tools in the world, the Creative Media Industries Institute is at the forefront of computer-generated visual effects.
By Benjamin Hodges (B.A. '08)
In two new studies, Georgia State researchers upend traditional thinking on e-cigarettes.
By Jennifer Rainey Marquez
Panther placekicker-punter Brandon Wright’s biggest cheerleader is his mom, Erica Wright Bracey (MBA ’01), who might have as much — or more — Panther cred as her son.
By Torie Robinette
As the creative director of TIME Magazine, D.W. Pine (B.B.A. ’92) produces the newsstand cover that captures and defines the world’s most pressing moments.
By Benjamin Hodges (B.A. '08)