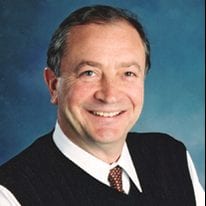 Jorge Martinez-Vazquez's main interests are in public sector economics. His expertise in fiscal decentralization, taxation and fiscal management has led to consulting assignments with federal agencies and state governments in the United States and over 60 countries including Russia, China, South Africa, Indonesia, and Mexico. He has directed multiple fiscal reform projects worldwide, notably the $20 million USAID Fiscal Reform Project in the Russian Federation (1997-2000) and the $1 million World Bank Tax Policy Review Project in Pakistan (2008-2009). He has consulted with the World Bank, the U.S. Agency for International Development, the Asian Development Bank, the United Nations, and the Inter-American Development Bank, and has been a Member of the IMF Panel of Fiscal Experts since 1994. Martinez has often been the first or among the first to make diagnostics and offer advice in many of the countries that started decentralization reforms over the past decades and has continually stayed with the reform process of that particular country long enough to frame the necessary second-generation reforms.