It took her a while to pinpoint this passion. While an undergrad at Georgia State University, Porter pursued three majors until she decided to simultaneously study anthropology and math. Her interest in anthropology grew after completing a six-month study-abroad program on sustainability at Venice International University in Italy, an experience that reinforced her love for culture and people.

“I learned about my own culture, who I was and how I fit into the world,” Porter said. “That’s when anthropology became my first career option.”

Porter planned to become a math teacher if a career in anthropology didn’t pan out. Pregnant when she graduated in 2016, Porter moved back home to Lithonia, Ga.

“Survival kicked in, so I worked as an emergency 911 operator,” she said.

The experience changed her life. “I learned I really wanted to do community work through that position.”

Having become a vegetarian, Porter also found she had to travel outside her community to purchase quality food.

“I was pumping money into places that were not in my community and started to understand that something was not right,” she said. 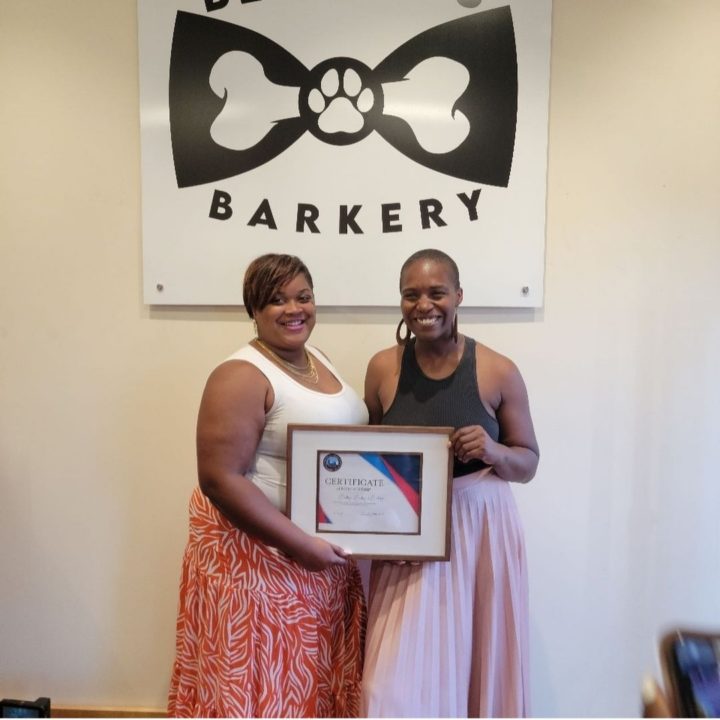 Porter noticed neighboring communities were thriving with a variety of businesses, restaurants and quality grocery stores while her community was a food desert. She wanted the Black communities in Lithonia, her community, to look like those she supported, but struggled to find similar characteristics. She soon realized she wanted to assist with revitalizing urban communities and became determined to find a way to use her anthropology degree while furthering her education to become a city planner.

“Urban studies became a no-brainer,” Porter said. “My experiences with my advisers Cassandra White, undergraduate, and Jean-Paul Addie, graduate, and various professors helped shape my interests in what I wanted to do and who I wanted to be.”

Determined to be more intentional in positioning herself for a career, Porter took courses that would prepare her to do a variety of jobs. When she and her classmates saw a need for an organization to connect with other graduate students in their program, they created the Urban Studies Society. She served as its secretary and made connections that introduced her to different career paths.

During Porter’s studies, a colleague from the M.I.S. program connected her to Tara Lynn Gray, the former CEO of the FMBCC, a nonprofit that engages, educates and empowers Black businesses in Fresno, Calif. Gray and Porter had a conversation about FMBCC’s Betting Big on Small Black Businesses initiative, a program giving startups led by women and people of color the opportunity to gain direct access to community, education, mentorship and capital.

Their conversation turned out to be an interview, and Porter was offered a position as the initiative’s program manager. The position fit perfectly with Porter’s desire to revitalize Black communities.

“I was willing to relocate for such a dynamic program that can change the trajectory of other people’s lives through community development and revitalization,” she said.

As assistant deputy director, Porter assists her staff in creating systems for the chamber’s community programs and events. These systems include building capacity, delivering technical assistance to members, voting engagement initiatives, collaborative work with sponsors and community partners, providing a safe space for innovation and projects, and assisting Fresno’s Black and minority businesses in thriving and surviving to be long-standing in the Fresno community.

Porter believes students’ connections in school are powerful and essential to their future endeavors. And she loves Georgia State, attributing her success to it.

“I learned a lot about myself and how to be independent,” she said. “I loved the open campus, seeing an array of different people and everything about Georgia State.”