College of the Arts Alumni Branch Out Into Business 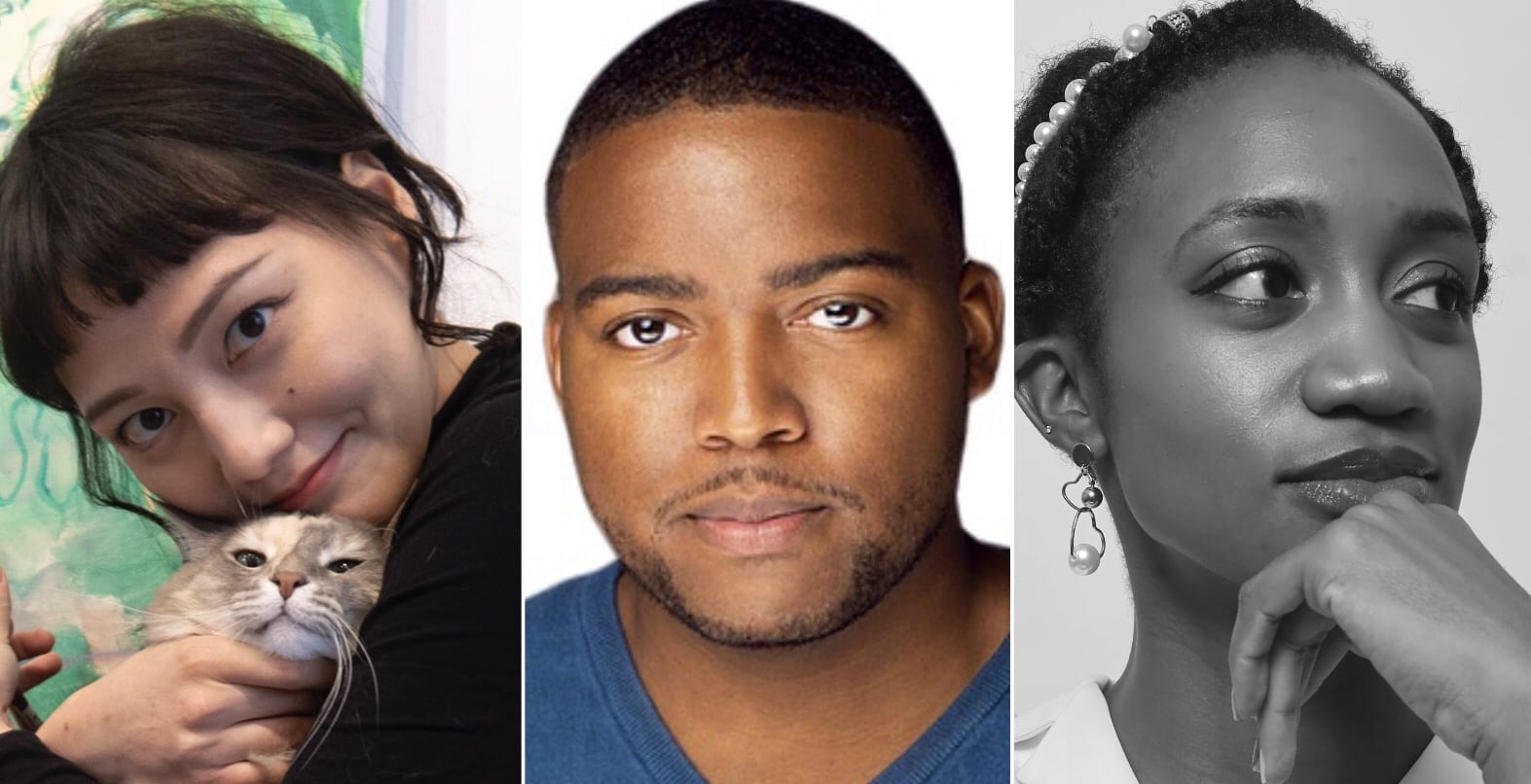 ATLANTA—The melding of art and entrepreneurship is a hallmark of many of our College of the Arts alumni.  As they navigate a fast-changing world while maintaining an artistic focus, here are three alumni as they channel their creativity into the art of business. 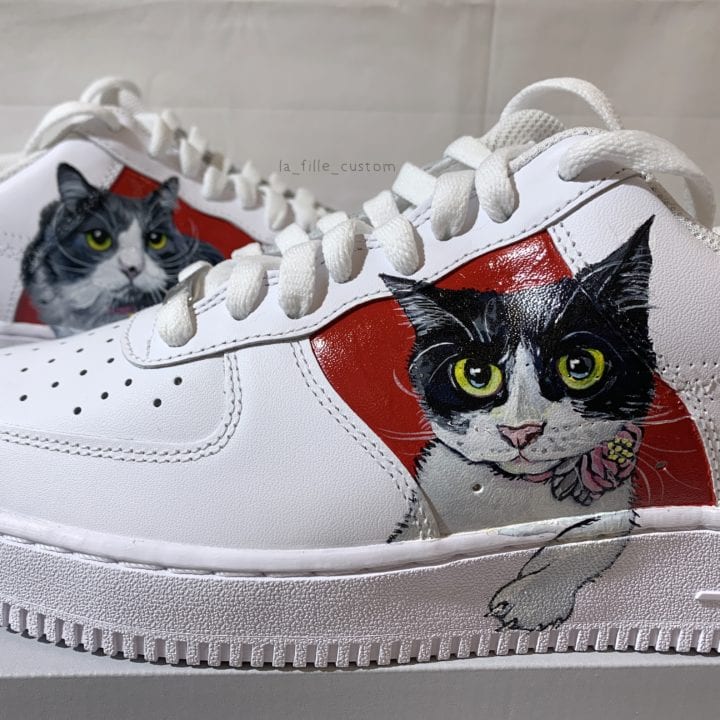 Nuni Lee (M.F.A.’18) stepped into La Fille Custom, a hand-painted one-of-a-kind footwear business for special occasions. The concept began in 2018 when Lee wanted to make an original style statement by painting on hers and her husband’s sneakers. She chose her favorite anime characters, and for him, it was a cat and a dog — a characterization of their relationship. The style statement immediately caught on with family and friends, prompting them to ask where they could buy a pair. At the time, Lee said it was more of a hobby where she gifted the painted footwear to friends who treasured them dearly. It was that joy and appreciation that propelled her to launch La Fille Custom (which translates to “the girl” in French).

Lee made the natural decision to keep her fine arts practice separate from La Fille Custom, as each holds a different purpose. According to Lee, her “Good Girl” fine art is a personification of herself and a mediator of her emotions to the world. The art communicates, though not necessarily to a tailored audience. For La Fille Custom, it’s a designer mindset that aims to produce a product that reflects a customer’s vision.

Most of La Fille Custom’s clients are customer gift requests for that special someone.  And, at the core of the business is client collaboration which includes understanding the client’s story, sharing in-progress pictures, listening to feedback, and making creative suggestions before the final product is produced. For Lee, the key priority is to build trust in the brand and its reputation. It’s important for her to pace the orders to maintain high product standards, deliver on customer service, meet deadlines and, more importantly, ensure a satisfactory product to the client’s vision. New customers can find La Fille Custom shoes sold through Etsy.

A passionate cat devotee, Lee hopes to use the brand for missions that she’s invested in, like Furkids, which shines a light on beloved furry friends without homes. When asked which famous person she’d like to see wearing a pair of La Fille Custom?  It wasn’t a present-day celebrity, but the historical figure, Princess Sookmyung, the daughter of King Hyojong (17th Korean king of Joseon Dynasty), who was an absolute cat lady! 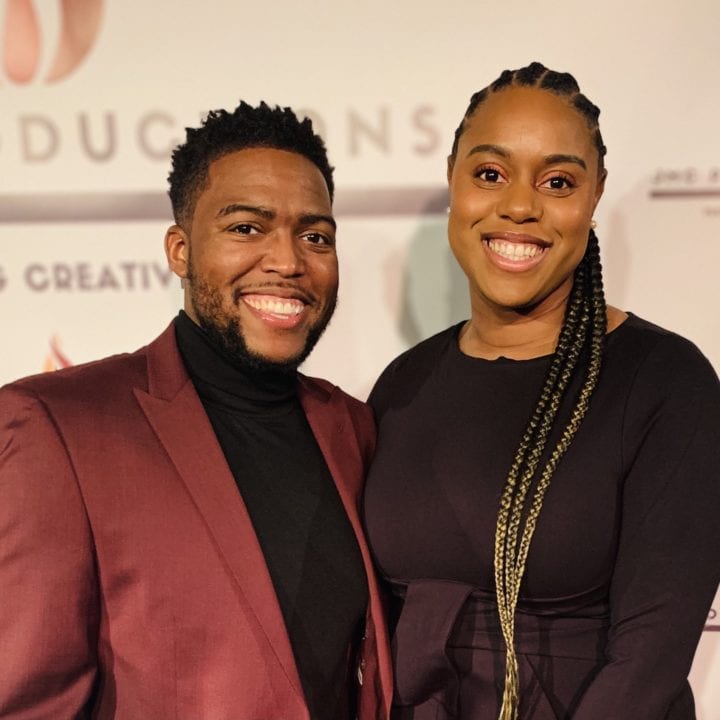 Giving back to the community was Jarius Cliett’s (M.M. ’17) entry into entrepreneurship, as he and Lavern Smith co-founded JMC Productions. The company launched in 2020 was created to inspire the Atlanta community through art and to bring more performance opportunities to the South. The company promotes the discipline of music with offerings such as music workshops and lessons along with opera and musical theater events, etc.  Cliett, who actively performs with theatre, opera and touring companies, including the upcoming lead in Jennie T. Anderson Theatre’s concert production of “Once on this Island,” now wears two hats as performer and producer.

Cliett gave serious consideration to start JMC Productions for about a year, and even legalized the name before becoming official. The “aha” moment came after discussing his thoughts with Smith, and the two committed to the endeavor.

“We honestly noticed a disproportionate amount of opportunities for Black performers,” said Cliett. “We decided to create our own table instead of fighting for a seat at the table that was not as welcoming or inclusive. Since the launch, we have produced four shows, with most of our performers and stage crew being Black or African American.”

Another integral part of JMC Productions is to inspire the youth and next generation of performing arts professionals through music and industry-related workshops. According to Cliett, their vision is to see a world where artists do not need a plan B. If a child says they want to be a doctor or lawyer, no one asks them to have a backup plan. But if a child wants to be an artist, they are encouraged to have a plan B. He believes if more Black and Brown youth are exposed to all performing arts careers, there’ll be more representation on and off stage. The goal is to teach them that there’s more than just singing, acting and dancing, and that equally as important are the costume designers, make-up artists, prop masters, sound or light engineers, writers, directors and producers.

Excited and ready to go, JMC Production’s inaugural production was slated for March 13, 2020, the day COVID-19 pandemic brought the nation to a screeching halt to the leisure and entertainment industries. The pandemic forced the team to pivot and learn new skills, such as becoming live streaming experts overnight and successfully producing online concerts. Partnerships also stemmed from the pandemic. JMC Productions partnered with KIPP Soul Academy in NW Atlanta to create a virtual 10-week after-school drama and performing arts program, which they hope to build upon for upcoming productions. 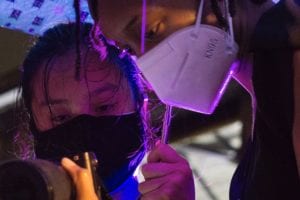 Alumna Robbie Atkinson (B.A. ’16, M.A. ’18,) spent more than seven years in a teaching role while pursuing two degrees at Georgia State. After graduation, she accepted a full-time teaching position in the Cobb County School System, an easier foot-in-the-door than in the film industry. She soon began to think about starting her own company, and in 2019 founded R.P.X. Media Production — a hybrid film and video production company specializing in content creation from advertisements and promotional material to artistic pieces, shorts and feature films.

It was a balancing act for Atkinson. She taught full-time from 7 a.m. to 3 p.m., and then from 7 p.m. to midnight, drove to concerts and events to film for ATLocal Entertainment, a live event K-pop concert coordination company.

Then the pandemic hit. Atkinson stepped away from teaching and took a hiatus from filming for ATLocal as the pandemic affected travel engagements for the K-pop groups. The void paved way for Atkinson to focus on her team and company, anchored by two core team members along with as-needed freelancers.

The experience working with ATLocal showed Atkinson how a small grassroots company could work alongside a team of five-to-seven people. She saw the opportunity as taking small steps to greater accomplishments and realized that a small business is, more or less, based on passion, skills, relationships and profit.

For ATLocal, R.P.X. created promotional videos for K-pop groups like Oh My Girl and M.O.N.T, and interviewed with Korean rapper BeWhy during his tour stop in Atlanta. During the pandemic, the company filmed the performance video “Boom,” a three-way collaboration between R.P.X., the producer R3dblossom and the Korean choreography company Peace Maker. Part of that project called for Peace Maker to record the choreography and send it R.P.X. who, in turn, worked with a local Atlanta dancer to perform the choreography for the video.

Other R.P.X projects include promotional content for Kung Fu Tea and highlight videos for the Atlanta Jewish Film Festival. At the start of 2021, the company branched out by promoting a K-pop streaming party.

If Atkinson could give a piece of advice to a student starting his or her production company, it would be excerpted from Beyonce’s Instagram address to the graduating class of 2020, which today still resonates heavily for Atkinson.

“Don’t feel entitled to success. Behind twenty-two successful projects/awards are the forty-six failures that it took to get to that point. Do not let the failure phase you and remember that you will fail your way to success so long as you are persistent and maintain an open mind that learns from your mistakes. There will always be an unexpected challenge or a visible challenge in the near-distance that, once you approach it, is ten times harder than anyone warned you about. Ask for help, take a break, destress, analyze the problem but do not give up.”