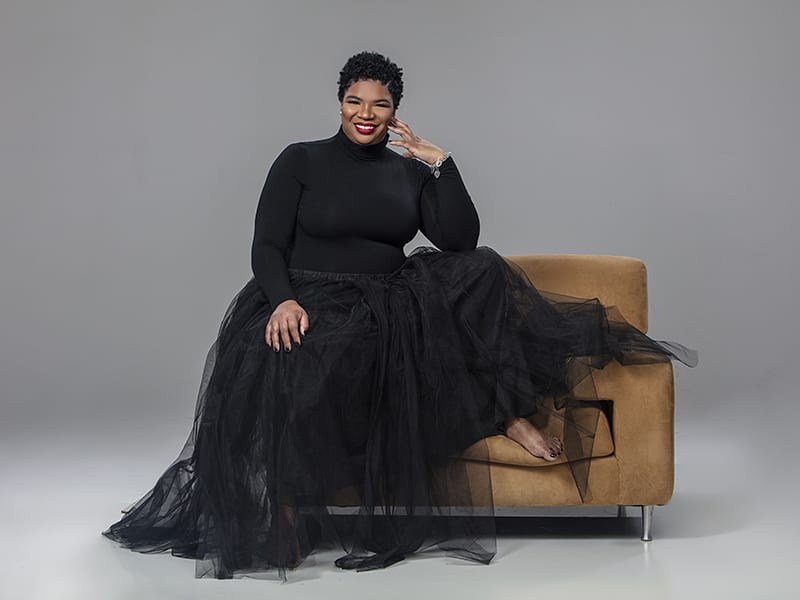 From a young age, Jai Ferrell said she was taught she could do anything, even fly. Fittingly enough, the Georgia State University graduate is now on the leadership team of one of the busiest airports in the world.

With a background in sports and entertainment marketing and experience working with brands such as CNN, Turner, Cartoon Network and the Atlanta Braves, Ferrell said she didn’t expect to end up in the aviation industry.

But today she oversees the commercial development division of Hartsfield-Jackson Atlanta International Airport, with responsibility for day-to-day management of the airport’s properties, concessions, parking, advertising, external real estate development, air service development, marketing and brand strategy. In 2017, when she was 34, she was named “Airport Business Top 40 Under 40,” by Aviation Pros magazine.

“I would have never thought of being in the aviation field and now I’m one of the youngest senior leaders in aviation in the world,” Ferrell said. “This is a personal achievement because I didn’t know my own strength. It’s a little surprising, but I really believed that I could fly and one day I just took flight.”

Ferrell (M.A. ‘08), who graduated with a masters of arts degree in communication, was named assistant general manager of the Atlanta airport’s Commercial Development Division in November of 2020. She had worked as head of marketing and branding at the airport since 2016.

Ferrell’s latest challenge is helping to ensure the safety of airport employees and passengers traveling during the coronavirus health crisis.

COVID-19 has slowed air travel significantly and changed the day-to-day operations at Hartsfield-Jackson, Ferrell said. Some concourses remain closed at the airport and less than 35 percent of the airport’s 32,000 parking spaces are being occupied.

Last November, Ferrell participated in an “ATL Community Confidence Briefing,” where several airport executives and representatives from Delta Air Lines, Southwest and the Transportation Security Administration outlined the improvements made to keep people safe. The airport now must also enforce a new federal requirement that travelers wear a mask in the facility.

“It doesn’t matter how great of a marketer I am or how many great services we provide, you can’t combat fear,” Ferrell said. “If people are scared, they aren’t going to fly.”

Ferrell said the airport may also consider providing COVID-19 testing for employees and travelers. The United States now requires all travelers entering the U.S. from overseas to present a negative COVID-19 test before boarding their flight and many overseas destinations have adopted similar rules.

“Everything has been impacted, but I think this has allowed us to rethink and reimagine air travel,” Ferrell said.

In her five years at Hartsfield-Jackson, Ferrell has also promoted ATL Skypointe, the airport’s food, beverage and retail program that generates more than $1 billion in revenue annually. She also served on the planning committee when the Super Bowl was held in Atlanta in 2019, tapping into her prior experience working in sports marketing to help coordinate when NFL teams would arrive, where teams’ paraphernalia would be displayed throughout the airport, the onsite travelers’ experience and where the planes would park.

“It’s really amazing to stretch yourself and when you defy the limits of what you think you can do,” Ferrell said. “This was my own personal Super Bowl.”

Ferrell said her mother and grandmother taught her that she could be anything or do anything. Ferrell’s mother, who worked at Georgia State for more than two decades, was the first person to persuade her she could work in the aviation industry.

“They taught me to believe I could fly,” Ferrell said. “In the next five years I may become the general manager of an airport, or get into the automotive industry or run for public office. You never know. I truly believe that I can do anything.”