Dylan Henderson’s travels to Morocco have taught him about languages and dialects, political movements, religions and cultures. Along the way, he also learned what it’s like to teach.

Henderson, a graduate of Druid Hills High School, took a gap year before starting studies at Georgia State University as a Class of 2024 Presidential Scholar in the Honors College. For most of that year, he was in Rabat, the capital of Morocco, taking courses through AMIDEAST, a U.S.-based non-profit organization focused on strengthening understanding and cooperation between Americans and peoples of the Middle East and North Africa. 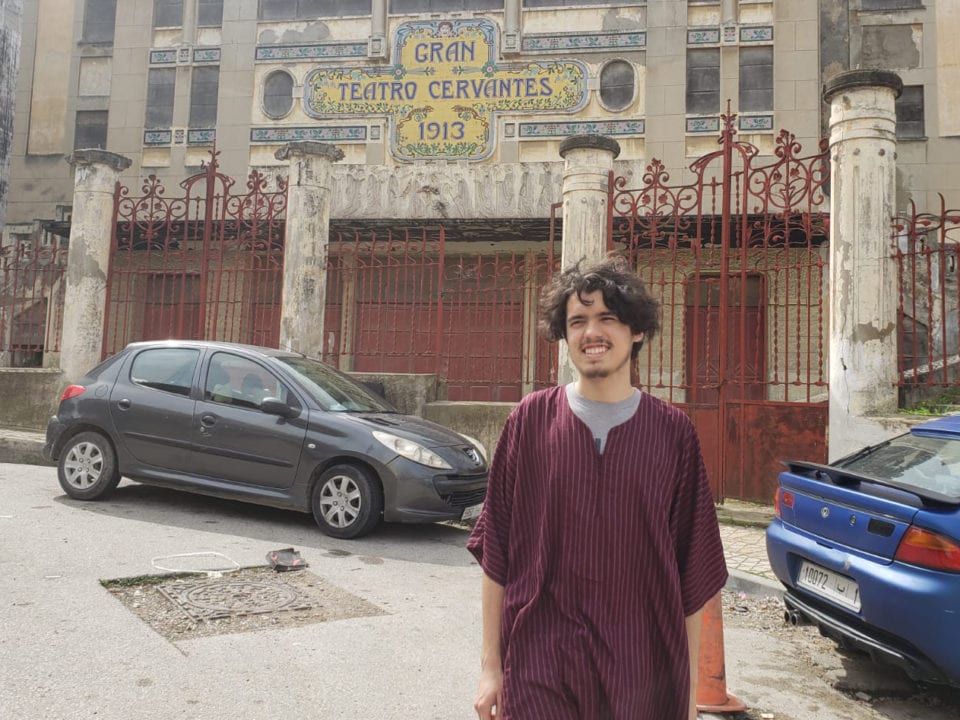 It was his second time in Rabat. In 2017, he studied Arabic there through the Alif Institute in Atlanta. While there was less culture shock, his return to Morocco had more of an impact.

In addition to his classroom studies, Henderson learned daily life by living with a Moroccan family. He also held an internship, teaching English to a seamstresses’ organization in a rural city south of Rabat.

“I was opened up to so many aspects of Moroccan culture that I would never have seen otherwise,” Henderson said.

On the first day of his internship, his coordinator invited him to lunch.

“She was like, ‘Follow me.’ We walked to her house and there were 20 people,” Henderson said. “Her whole family was there. I ended up sitting with the elders.”

Once the meal was cleared, his coordinator took him to where he would hold his classes. Suddenly, a large white board and folding chairs appeared.

“Thank god I had prepared something,” he said. “What I tried to do was remember my first lessons in studying Spanish and think about what things we did that worked so well.”

Henderson also learned quickly he wouldn’t be able to rely on Google or translation apps.

“Whatever I came to class with is what I had,” he said. “And I didn’t have cell service or Internet connection.”

But before he could finish the spring semester, Henderson was evacuated from Morocco because of the encroaching spread of coronavirus.

News of COVID-19, the disease caused by the novel coronavirus, was slow in reaching Morocco, Henderson recalled, so he and his fellow AMIDEAST students watched the news from Spain.

“We knew whatever happened in Spain would eventually come down to us,” he said.

Henderson also encouraged his host family to take precautions: store up dried food, routinely sanitize their doorknobs and locks, limit handshakes and kissing as greetings. The latter, he said, was particularly difficult.

“Moroccan custom is that you have large gatherings of family and that you start kissing and hugging people when you first greet them,” he said.

Back in the states, Henderson kept in touch with his host family and friends. The experience has inspired him to continue studying Arabic as well as politics, culture and society.

“My hope  is to work directly with the Arabic-speaking diaspora to help advance the community against racism, Islamophobia, and classism.”

To learn more about the Presidential Scholarship, Georgia State’s most prestigious and valuable academic award, go to honors.gsu.edu/presidential.