Balance is vital for Sean Jung. A native of South Korea, Jung is a brainy fitness fanatic with wide interests that span athletics, disease prevention and “ssireum,” a martial art and style of Korean wrestling that’s been around for more than 16 centuries. In the past few years, he’s grown to embrace life as both a ssireum champion and an Honors College student majoring in nutrition. 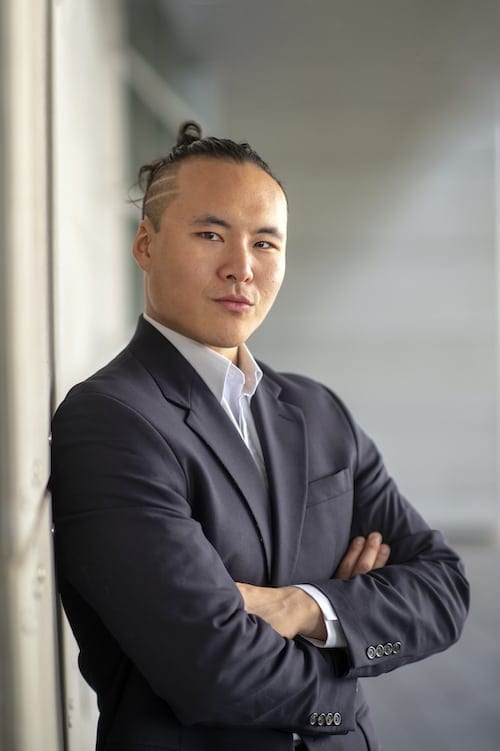 “My passion for fitness is not just about getting buff, it’s about longevity,” he said. “My family has had a lot of health issues, such as diabetes and cardiovascular complications. Nutrition is an important way to prevent and reverse these types of diseases.”

Growing up in South Korea, Jung mostly focused on academics, but he landed in a sports-focused high school when his family moved to Georgia. There, he developed his athletic side, playing baseball, lifting weights and practicing ssireum, which is won by forcing the opponent off balance.

He decided to attend Georgia State because he liked its cultural diversity and soon picked up a job at the nutrition lab. To his surprise, he enjoyed the research. In one of his studies, he investigated the impact of the protein FGF21 in protecting against obesity-induced inflammation. He exhibited his findings at the Georgia State Undergraduate Research Conference, which led to another presentation at the American Diabetes Conference this past summer.

“I became passionate about the field of nutrition science and wanted to investigate the unknown,” Jung said. “It’s exciting to be at the forefront of the field and know I’m contributing to humanity.”

Life is much more than the lab for Jung. He tutors undergraduates in chemistry and oversaw community outreach efforts for the Nutrition Student Network (NSN), the university’s main student organization for nutrition majors. (He becomes president of the NSN this year.) He also spends plenty of time in the gym, working out the stresses of student life and making a little money as a personal trainer.

After college, Jung aspires to build a ready-to-eat, healthy-food business.

“I want to create a company where I can provide healthy food to go, so people have no excuse not to eat healthily,” he said.