Kathy Davis: A Business of Goats and Beer 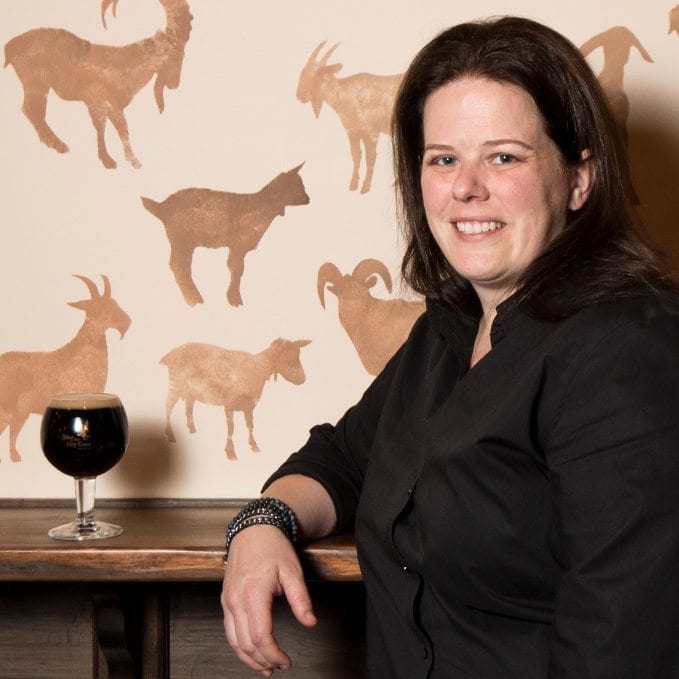 Kathy Davis, B.B.A. ‘13, has had a life of adventure. After graduating from high school, she followed her passion for cooking and attended Johnson & Wales University to be a chef. After time in the high pressure world of cooking, Davis found a new calling as a Buddhist nun. When she decided the time was right to make another change, she weighed two options: start a goat farm in a remote part of Maine or jump into her lifelong passion for Belgian-style beer. Instead, she enrolled at the J. Mack Robinson College of Business in 2010. While getting her B.B.A., Davis prepared her business plan for her dream job, something that combined all of her experiences: a brewery called The Abbey of the Holy Goats.

“Everything I did at Robinson was around opening Holy Goats. My business plans were written around it and in all of the group projects I worked on the brewery,” she said. Getting the chance to hone her business plan in the classroom and with her peers helped her see the path to success.

During her senior year in 2013, she placed second in the annual business plan competition held by the Herman J. Russell, Sr. Center for Entrepreneurship. That recognition gave Davis the confidence she was on the right path. She signed the lease for Holy Goats in 2015 and one year later, opened the doors for business on April 1, Belgian Beer Day.

Davis has a three pieces of advice for future entrepreneurs, no matter what industry they plan to enter. “Talk to as many people in your industry as you can; you never know who is going to take your call. Read as much as possible. Try; you’ll learn more from failures than successes.”