Helen Nhan : Getting Immersed in Robinson 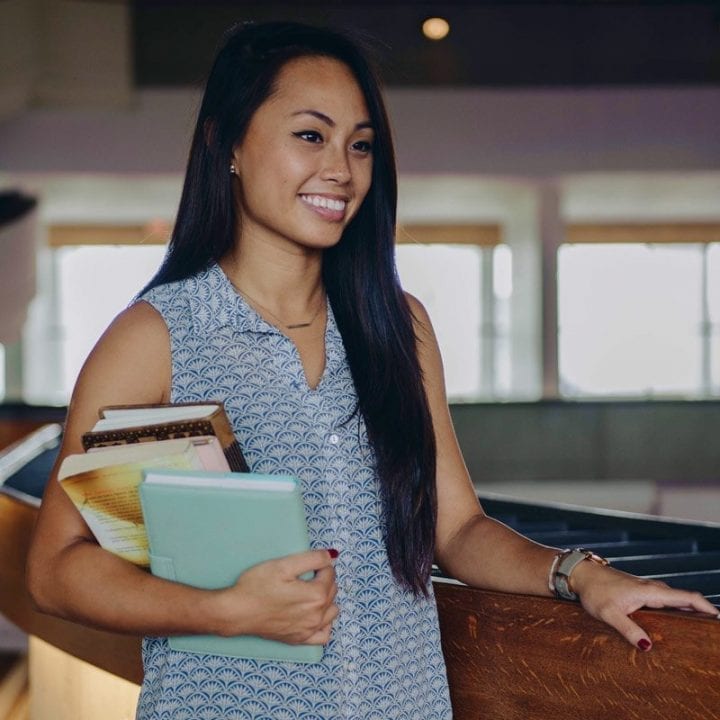 As a participant in Panthers in the Valley, Nhan was part of a select group of students who traveled to Silicon Valley to meet with recruiters and project managers from Google, Airbnb, Microsoft, and other major organizations. During this trip, Nhan was immersed in the culture and industry she strives to make her career in. She saw the concepts from her IT Project Management class being executed at the highest level. Nhan says some of the most valuable advice she received from the company representatives was how to learn from challenges and failure.

As a first generation Asian-American and the first person in her family to attend college, Nhan has had plenty of obstacles to overcome, but her ability to connect with others and take advantage of the opportunities Robinson offers have helped her be successful.

It was at a Board of Advisors mixer hosted by the Association of Information Systems, where Nhan met the people who connected her with the Georgia-Pacific Co-op, a distinguished one-year internship where she implements computer systems to sort through data and files to prevent risks in specific departments in the company. This kind of experience will help Nhan achieve her goal of working for one of Atlanta’s many global companies.

Following the habits of other successful people, Nhan seeks to be pushed out of her comfort zone so she can learn new things and meet new people. “I’ve exposed myself to different groups, different people, different programs,” she says, “and that has really helped me.”

With all her experience and potential it would be easy for Nhan to strictly focus on her own development, but Nhan has shown the true mark of a leader by guiding others as well.

During her time as the Vice President of the Vietnamese Student Association, she connected with many students by organizing regularly occurring meetings and events. While she was involved, the group grew from around a dozen members to more than 60.

Through the Women in Technology group, Nhan engaged with female business leaders from companies like Mercedes-Benz and also met with freshman and sophomore students who needed guidance.

“It was cool being able to talk to them, tell them the steps that I took and things I wish I would have known at their age.”

It’s students like Nhan, who throw themselves into real world experiences, that lead the way into the future. We’re excited to see what she experiences next.