Sucheta Rawal has been to nearly 70 countries. Travel is essential work for the founder of Go Eat Give, the nonprofit that organizes cultural immersion trips across the world for travelers to get authentic eating experiences and also take part in volunteer projects and community service.

Fitting, then, that Rawal, a native of India who left her job as an investment banker to see the world and write, would want to introduce children to her experiences in faraway places. She’s published a series of books for kids, “Beato Goes To,” that follows Beato the cat as he makes his way across the globe. Beato meets kids in other countries who become his tour guides. 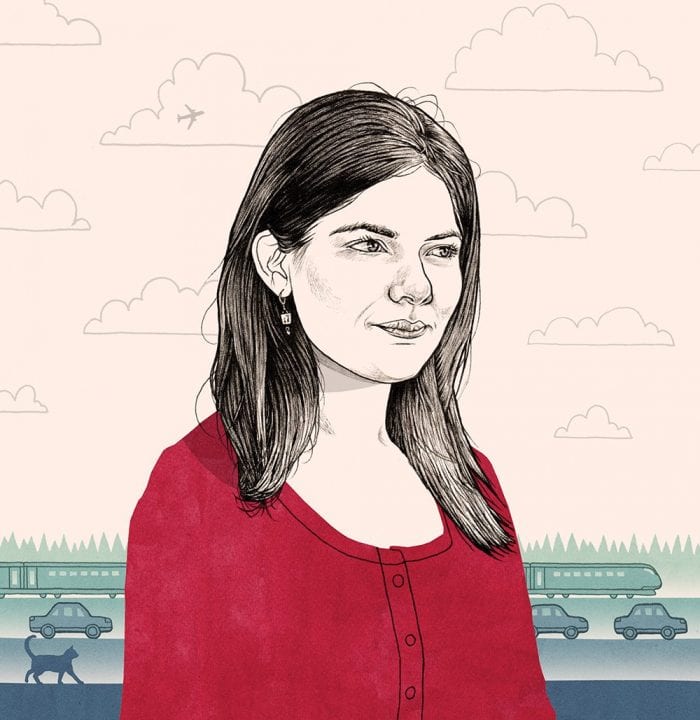 Rawal, who has been writing about travel for more than a decade, was working on a story about children’s books and discovered that very few teach children about places and cultures around the world.

“I took a stab at it not only to educate kids about other countries,” she said, “but also to start conversations about diverse cultures living in peace, what different religions signify, and protecting endangered animals and the environment.”

Rawal is working on an augmented reality app based on the books that brings Beato to life with interactive sound and motion.

Beato’s travels are based on her own, Rawal said.

“I picked Greenland as the first book because of the impression left on me by Ina, a 7-year-old girl I met on a sheep farm in southern Greenland,” she said. “We live on such a big planet and don’t often come to know how different our lives may be from someone else’s in the same hemisphere.”

As creative director for TED, Emily Pidgeon (B.F.A. ’10) is the force behind the visuals for the influential talk series.
By Abby Carney (B.A. ’12)
Robert Davis (B.S. ’17), Georgia State’s record-breaking wide receiver and latest NFL draft pick, barely got a look coming out of high school.
By Ray Glier
A storied trumpeter and crooner, part-time instructor Joe Gransden (B.Mu. ’94) is one of Clint Eastwood’s favorite musicians.
By Benjamin Hodges (B.A. ’08)
Scotty Mullen (B.A. ’13) is the writer and casting director for the latest in the sci-fi, horror, comedy series featuring funnel clouds of flying sharks.
By Jeremy Craig