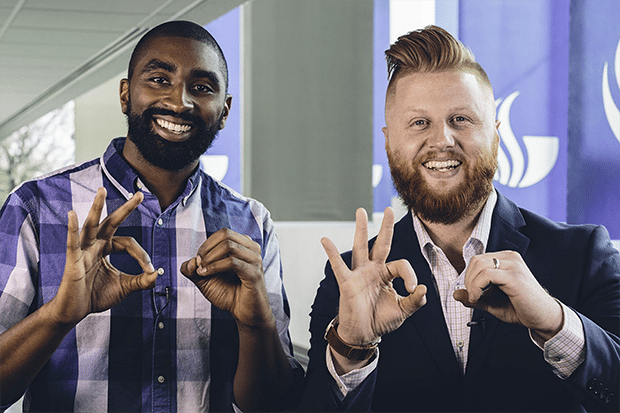 In their undergraduate days, Rogers and Stapleton became close friends and both discovered ways to make a difference and to give back.

Just before his junior year, Stapleton donated his bone marrow to a young mother who was suffering from acute myeloid leukemia. She is now in remission.

Now the duo — Stapleton is manager of culture and experience at Turner Studios, and Rogers is working on his MBA at Harvard Business School — are taking their philanthropy to the next level.

To mark their 30th birthdays, Rogers and Stapleton are trying to raise $30,000 for scholarships for first-generation Georgia State students.