Every Business School Has Its Thorn 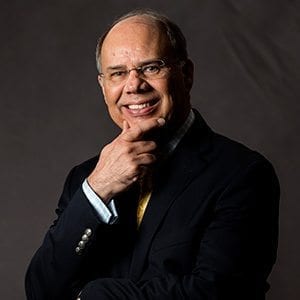 Edward Miles thinks all institutions — including business schools — have warts. Miles, an associate professor of managerial sciences at the J. Mack Robinson College of Business, picks apart the major criticisms business schools face in his recent book The Past, Present, and Future of the Business School. Some of those problems are several hundred years old. To help readers understand why they have persisted over time, Miles presents a history lesson on the business school’s place within the university context as well as how the interests of the larger entity can inhibit success.

The foundation for most academic programs includes objective knowledge in science, math and the humanities as well as the specialized curriculum that culminates in a degree. “Part of the argument that a professional school should be housed in the university is that it’s based on a connection to that objective knowledge,” Miles says. For example, until the early 20th century, a significant percentage of medical schools ran under a for-profit model and yielded inconsistent training that ultimately produced poor physicians. The Flexner Report, published by the Carnegie Foundation in 1910, brought those weaknesses to light and influenced the closing of 66 out of 155 medical schools by 1935. In a 2010 episode of NPR’s All Things Considered, host Robert Siegel noted that “before [Abraham Flexner’s] report, most medical schools were run like barber colleges, and [he] more or less made medical schools get into the university system or shut down.”

Conversely, business schools always have operated under the university’s watchful eye — for better or worse. (The first business school in the United States, the Wharton School at the University of Pennsylvania, opened in 1881.) A major constraint that universities impose on business schools is a focus on research and publication in esteemed journals, whether it is relevant to the industry or not. “Research is one of the key dimensions by which universities judge you,” Miles says. “Performance in teaching is not nearly as objectively countable.” This forces business school faculty into a catch-22: pressure to deliver scholarly research that affects institutional prestige but does not necessarily address relevant industry issues.

In a May 2005 Harvard Business Review article, Warren Bennis and James O’Toole note that schools of law and medicine value not only research but also “[engagement] with the outside world”; “medical schools carry on advanced biological research, but most members of the teaching faculty are also practicing doctors.” Miles asserts that business schools could benefit from incorporating a residency of sorts. After completing coursework, medical students perform under the observation of an actual physician who can address what would have been embarrassing mistakes or disastrous errors if made after official entrance into the field. One might ask whether internships are an effective equivalent to residencies. “Internships don’t offer such intense scrutiny,” Miles says. “They are a good step in that direction but not as far a step as medical schools have set up.”

Miles cites Germany’s Baden-Wuerttemberg Cooperative State University, where he guest lectures in the summer, as a prototype worth emulating. “To be admitted, students must simultaneously be accepted into an ongoing co-op with an employer,” Miles explains. “They alternate between time blocks in class and time blocks with the employer.” Despite the rotation between classroom and office, students can complete an undergraduate degree within three years. (In Germany, high school often consumes one more year than in the United States.)

In the above mentioned Harvard Business Review piece, Bennis and O’Toole mention that “professors set up simulations (hypothetical portfolios of R&D projects, for instance) [that] often fail to reflect the way business works in real life.” However, the modern-day business school has made noteworthy progress in removing this age-old thorn from its side. For example, as part of Robinson’s Master of Science in Analytics program, students receive access to companies’ proprietary data in order to solve complex, real-world issues. As part of an “Insight Sprint” with SunTrust Banks last spring, student teams developed a text mining framework for understanding customer relationships and predicting client behavior. That type of project is much more effective than analyzing a case study at a desk. “It’s not an exact analogy, but when the country decided that figuring out how to make an atomic bomb was in the interest of society, universities took it on as an obligation to share their brain power and resources,” Miles says. “And if the intellectual power of the business school can use big data to serve the greater good, that is an appropriate role.”

When students and companies fully benefit from each other’s expertise, the results will be exponential. That’s the future of the business school.