We Are the Champions

Participating in competitions is a rite of passage for high performing business school students. Winning them is another matter. Robinson graduate and undergraduate students rarely come home empty-handed. The college not only prepares students for victory but also hosts several highly regarded competitive events. Here are some highlights from fall 2016.

A team of four classmates in a course offered through the Entrepreneurship & Innovation Institute (ENI) made it to the top five in the Atlanta Startup Battle, a quarterly competition held at TechSquare Labs. Undergraduates Ahmed Reshit, Luis Ferrer-Labarca, Sara Yeh and Alex Blanco-Pence pitched uPet, a pet rental service aimed at encouraging people to adopt instead of shop for a furry friend. 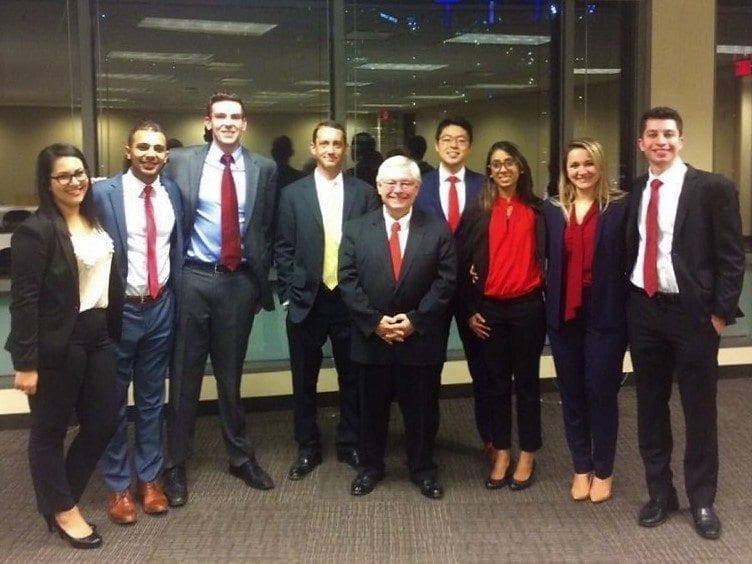 The Robinson College took over the Private Business Valuation Challenge this year from Seattle Pacific University. David Beard of the Department of Finance organized the competition, in which teams from 25 universities vied to come to Atlanta to present their valuation of a private firm. Robinson fielded two teams who, under the rules of the competition, were allowed to compete but ineligible to receive the awards. That said, the team from the college’s Finance Honors Program won the competition by a wide margin.

Jennifer Boudreau, Yi-Hsuan “Lisa” Su and Marilia “Mia” Dantas of the Master of Science in Analytics program brought home the gold from the University of Tennessee’s VolHacks competition – a 36-hour, caffeine-fueled hackathon in which they brainstormed, built, tested and deployed their student-driven innovation with the help of professional mentors.

The uVenture Social Challenge invited students from across Georgia State to learn how to build a business model and inspire social change within their community. ENI teamed up with the Andrew Young School of Policy Studies and Star-C, an organization of real estate owners and investors who have developed a model for low-income housing that offers affordable rent and after-school programs, healthcare services and a community garden, to host this month-long business model competition. The winning team consisted of Oluwatosin Olagunju, Joshua Morton, John Gunnells and Anna Sexton. (Flanked by Star-C director Marjy Stagmeier and Andrew Young School faculty member Joseph Hacker.)

The bottom line? Robinson students are battle-tested and ready to add value.