Leicester City FC: A Story for the Ages 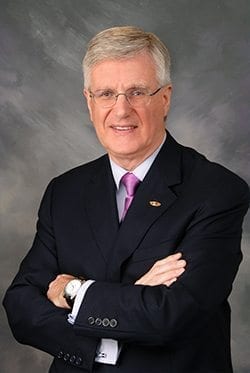 Every so often, a team comes along that captures the world’s imagination and makes even the worst cynics smile. Costa Rica accomplished that feat at the 2014 World Cup, with sensational wins over Uruguay, Italy, and Greece before losing a quarterfinal against the Netherlands on penalties.

The 2015-16 Leicester City Foxes are now such a team. With the 17th ranked payroll out of 20 Premier League teams, most experts expected Leicester (pronounced “Lester”) to be in a relegation battle.

The Foxes have won the Premier League.

The team’s success primarily stems from the spirit of manager Claudio Ranieri. This comes only months after Ranieri said his primary goal for the season was to earn 40 points and avoid relegation. With talented young players like Jamie Vardy, Riyad Mahrez, N’Golo Kante, and keeper Kasper Schmeichel, even the Foxes’ most optimistic fans had no reason to expect even a top-10 league finish this year. 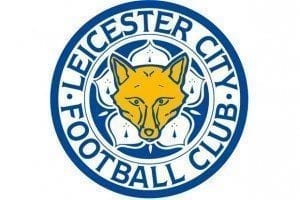 But Leicester has been consistently resilient this season. When Arsenal drubbed the Foxes 5-2 in late September, the party was supposed to end. Instead Leicester went unbeaten in 11 straight matches, a run that included narrow wins over Chelsea and Everton, and glorious 3-0 routs at Newcastle and Swansea.

Jaime Vardy scored in 11 consecutive matches during that period, setting a Premier League record in the process. To highlight the ridiculous nature of Leicester’s success, here are some facts:

If not for a miraculous run at the end of last season, this year’s run would have been impossible. In March 2015, the Foxes stood in last place in the Premier League with 19 points from 29 games. They then finished the season with seven wins from nine games, soaring up to 14th place.

Then in July 2015, manager Nigel Pearson exited the club due to what the club simply described as “fundamental differences in perspective.” Critics lined up to condemn the owners, Thai billionaire Vichai Srivaddhanaprabha and his son Aiyawatt or ‘Top,’ for the decision that came after Pearson had steered the team from the bottom of the table to 14th. Pearson’s sacking, said former England star striker Gary Lineker at the time, and showed that the Thai owners “clearly don’t know what they’re doing.”

But a fortnight later the experienced Italian Ranieri arrived, to little fanfare, and he quietly set to work on what would become a stunning season. Odds makers in August 2015 had little faith in Leicester City’s 2015-16 chances, giving the club 5,000-1 odds of winning the Premier League. Most people thought Ranieri would be the first manager to be fired in the 2015/16 season.

Leicester City built this Premier League squad by getting Premier League talent on a budget. The club’s £48.2 million wage bill is less than one-quarter that of Chelsea and Manchester. It is a budget even less than what some clubs spend on players in the second division. Also Leicester City will get a lot of money winning the Premier League and with this money will have to invest wisely in the team’s brand; one only can imagine most of this money would be used to tie its star players down to new multi-million-pound contracts. Recently Jaime Vardy signed a new deal worth £80,000 per week, or just more than $6 million annually through to 2019. He is now easily the Foxes’ highest paid player. Riyad Mahrez also is now under contract through 2019, with a weekly salary of just £20,000. Claudio Ranieri’s squad is seemingly young and ambitious and now able to chase larger paydays. But Ranieri is concerned with keeping his players constantly focused to the end of the season, and the supporters are overwhelmed as they all now look forward to European Champions League football next season.

Leicester City has won the league, and it breaks a geographic duopoly of power. Not since Blackburn Rovers F.C. won the league in 1995, every Premier League champion has hailed from London or Manchester. In fact, the last team from the Midlands region of England to win the league was Aston Villa in 1981, and they have been relegated to the Championship League in the 2015/16 season.

As does any great team, Leicester has had luck on its side. The squad has been fortunate to avoid major injuries to its key players, and it took advantage of an easy schedule in the early months. With the exception of Tottenham Hotspurs (Spurs), the major clubs have disappointed this season, creating an opportunity for the little-fancied Foxes. But none of that matters now.

Leicester winning the Premier League may just be the “greatest sporting tale ever told.”

Jeff Bowman, former CEO and president of Crawford & Company, serves on the World Affairs Council of Atlanta board.