The Janus Nature of Taxes

As the April 18 deadline to file 2015 taxes looms closer, the scramble to file gets more urgent. With only a few weeks left to file, the 2015 season is nearly done, but before you file away thoughts of taxes until next year, one of the most important steps you can take to ensure future success is to look ahead to your 2016 taxes. 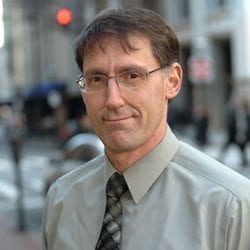 Conrad, S. Ciccotello, director of graduate wealth management programs at the J. Mack Robinson College of Business, values a Janus-like focus. Janus, the Roman god of transitions, times and more, was known for his two faces. One faced forward, looking towards the future while his second face looked backwards to learn from the past. “One of the takeaways from filing your 2015 taxes are the lessons you can learn about the current year,” Ciccotello says. There are three main groups of filers that can learn different lessons from this year’s taxes to better prepare for next year.

The first group is W2 employees. They only anticipate receiving a W2 from an employer this year. The most common problem with W2 employees is over withholding on their taxes and not changing allowances as life changes. “People are excited to get a refund and disappointed to owe money, but if you think a little deeper about it, a refund means you had too much money withheld and your allowances are too low,” Ciccotello says.

Life circumstances change. For example, if you move from being single to married to married with children, then you need to make sure your allowances are adjusted. Going to your human resources department and changing the form is not complicated, and it will let you keep your money all year instead of getting it back in a refund. “What’s effectively happening is you’re loaning the government money at 0 percent interest,” Ciccotello explains. This is especially painful if you are paying high interest rate debts (like credit cards) each month. The over withholding could be put against those debts each month.

The second group is people who are entirely self-employed. Since taxes are paid quarterly for self-employed individuals it’s important to keep detailed records of business expenses to ensure you are not overpaying taxes, which are based on your business profits. “If you miss valid expenses you’ll overstate your profits and pay too much in taxes,” Ciccotello warns.

He also suggests contributing to a pre-tax account like an IRA, SEP, or SIMPLE for 2015 if you find yourself owing taxes. You can contribute to these accounts for 2015 up until the April 18, 2016 deadline. Try out different contribution amounts and see the impact they make. “If you’re going to owe $5,000 in taxes, what happens if you put $2,000 into your IRA; what will that do to your tax bill? Tax software is a good way to do ‘what if’ scenarios. You can tell exactly what the pre-tax contribution will save you,” Ciccotello suggests.

The third group has both a W2 and income from being an independent contractor (1099 income) or from a business. Ciccotello knows several of his students who are in this situation, and he sees it only growing as more people embrace entrepreneurial opportunities on the side. The most important thing this group needs to realize is that their two streams of income will be merged during taxes, but what isn’t merged is your profit from your business or your work as an independent contractor.

“Keeping records is much easier to do throughout the year as the income and expenses accrue, rather than waiting until April of the next year. Trying to reconstruct records is stressful, and missing expenses result in paying more taxes than you need to,” Ciccotello warns. For example, without good records, a single person making $50,000 between their W2 and Schedule C could be taxed up to 46 percent on the next dollar of taxable income. “You’re already in the 25 percent federal income tax bracket and paying both halves of the social security tax (15.3 percent), and then you’re in Georgia so that’s another 6 percent. That’s over 46% percent you’re paying in income and social security taxes on the next dollar of taxable income,” Ciccotello says. “So records are vital for those with self-employment income in order to make sure you’re not overpaying.” Keeping documentation of all business expenses is the key factor in making sure to not over or under pay on your taxes.

Ciccotello encourages people to talk to financial or tax advisers in order to understand their taxes better. “Your W2 can put you on auto-pilot. Taxes touch several major areas of life (like health, education and retirement) so it’s worth learning more about them.”

By operating like Janus, looking backwards and forwards, you can use the past to inform your future and make taxes a little less painful come next year.