How my Executive MBA recharged my career 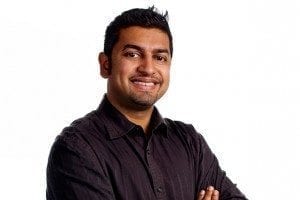 The past 28 months have been the most stressful and exhilarating period of my professional and personal life. In that time, we sold Engauge to Publicis Groupe, I embarked on an Executive MBA (at Georgia State University) while also merging Engauge and Moxie, and then became the CEO of BLiNQ Media (formally part of Gannett Ventures), and finally, took an extended sabbatical with my family. Yes, that’s a boat load over a short period of time.

Looking back, the decisions to take so much on (i.e. new roles while doing an EMBA) prepared me for a C-level role more than I could ever have imagined. I’d like to think I did pretty well as an entrepreneur and team player with my first company, Spunlogic, and then later with Engauge, but in fairness I was extremely lucky to also have some tremendous partners to share the risk, rewards, hardship, and decisions with. I didn’t lead on my own, but rather as part of a tight group of friends who worked extremely well together for the most part of 15 years until I went out on my own in August 2013 when we sold Engauge to Publicis Groupe.

Ironically, my plan after Engauge was to take some time off (18 months), embark on my Executive MBA and welcome our second child to the world (plenty of time to study and help with family, so I thought). That all turned upside down when I decided to stay on with Publicis and help with the merger of Engauge and Moxie. This was also the same day I started my domestic residency (school puts you up at the InterContinental Hotel for four days of intense sessions to see who can survive) for my EMBA.

I can honestly say at that moment (August 2013) I had doubts on what type of leader I might be without my old co-founder and partners to support me and whether I could survive grad school in general. My domestic residency was nothing short of a wake up call to my hunger to lead, inspire, and motivate a team. I can’t stress the confidence I gained on my domestic EMBA residency to do this on my own; it truly opened my eyes to what more I could do and how I could confidently stand on my own as a leader.

I found that leadership comes very naturally to me, as did confidence in laying out a plan of attack for a team and seeing it through with conviction. But most importantly, I could bring a team together with different strengths/weaknesses and get the most out of them as a collective. This is what you’d expect from a leader, but along the way of Spunlogic and Engauge, I forgot what this felt like to do on my own and the excitement of leading the troops from the front.

In truth I was also hesitant to work for someone I didn’t know or hadn’t co-founded a business with, but thanks to the show of confidence from my then CEO, Suzy Deering at Moxie (Publicis Groupe), I was empowered to assemble a team and lead the charge for the merger of Engauge and Moxie (more than 600 people). It felt good to head up that team as well as work with a largely new leadership team I was unfamiliar with. This further gave me confidence that I could do more and for the first time I wanted the #1 seat, CEO. Several months later I become the CEO of BLiNQ Media and absolutely loved every moment of the experience even though it was short lived due to a corporate spin-off of the publicly held holding company a year later. However, in that time, my initial experience at my EMBA residency of leadership aspirations and ability were re-enforced. I thrived in the role, learned how to assemble a new team from the ground up and provide a clear vision/plan to attack and win, and had an extremely positive experience working for Vikram Sharma who oversaw my business unit within Gannett Ventures and whom, like Suzy, gave me the freedom to lead and inspire a team on my own.

So 28 months since I started this transformation in my career from co-founder/partner to a C-level executive within a publicly traded company, I can truly say my EMBA experience helped me realize and awaken my leadership aspirations and confidence to tackle any C-level role within a public or private company. I’m a better executive and leader from it, and the experience with Publicis Groupe and Gannett Ventures only has strengthened my abilities to work with a new and much larger team than I originally co-founded. On to the next adventure, whatever that might be!