Ben Spears (M.P.A. ’14) spent the first half of last year in one of the most fought over and unstable regions on Earth playing a relatively obscure sport with kids. 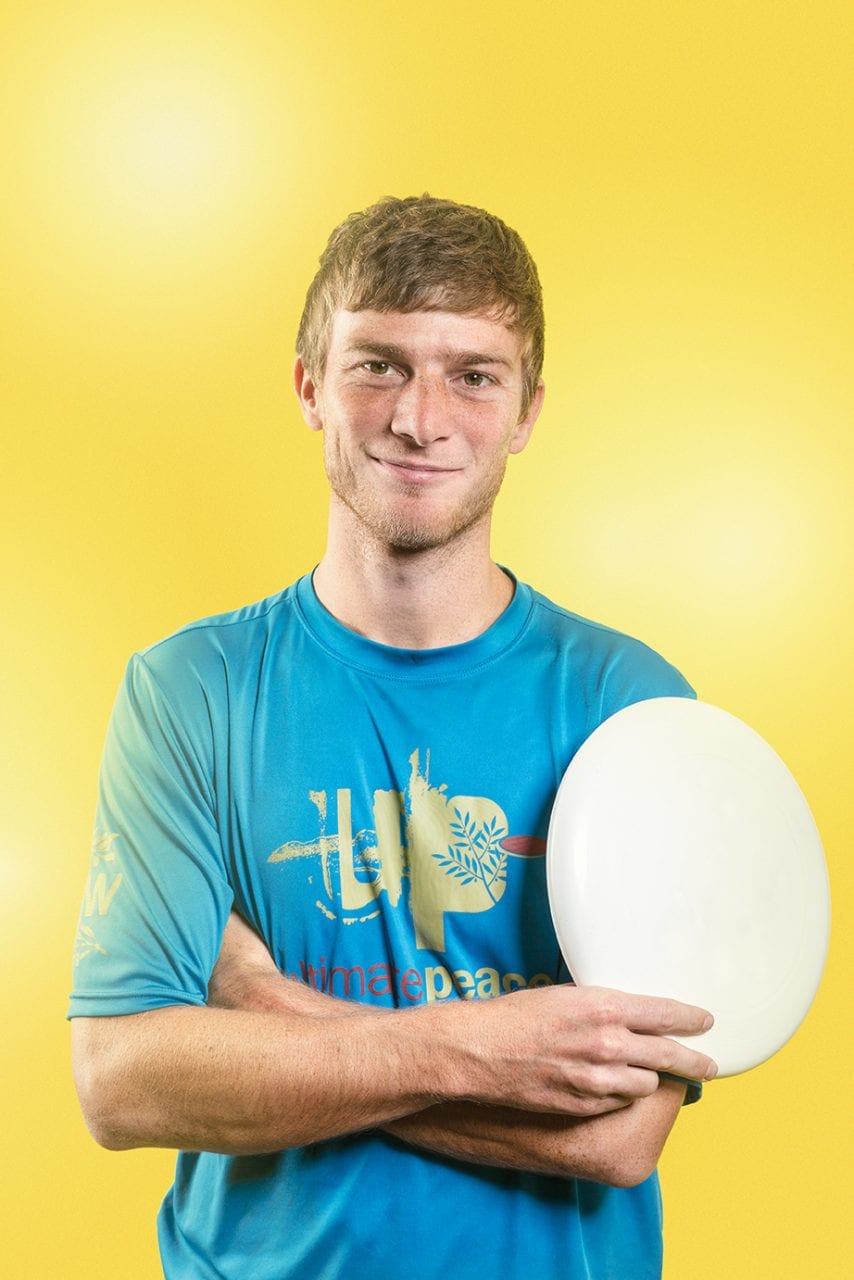 Spears is a leadership development coach with Ultimate Peace, a nonprofit organization that connects youth in areas divided by conflict through the sport of Ultimate Frisbee. In the West Bank and in Israel, he coached more than 500 teenagers — Palestinians and Israelis who would otherwise never meet because of the decades-long strife there. They were required to play together on teams.

“The spirit of the game is that every player has to negotiate with each other and be his or her own referee,” said Spears. “You can’t score by yourself. You have to rely on teamwork. It’s about integrity and mutual respect.”

Spears is a recipient of the Ultimate Peace Fellowship, which supports a full-time position that works to strengthen the organization’s year-round program by coaching in the Middle East.

After he graduated in December, Spears headed back to the Middle East to prepare for Ultimate Peace’s 2015 Friendship Tour, which includes a stop in Atlanta in late March, he said. “My plan is to be here through summer camps, which will take place in late July, with hundreds of players and volunteers from diverse communities — Christian, Muslim, Jewish, Arab, American, Israeli and Palestinian.”

Last June, Spears and his colleagues were preparing for a one-week camp on the campus of the Kfar Silver Boarding School in Ashkelon, Israel, when rockets from Gaza landed in the area.

“Our main worry was getting permission for Palestinian players to cross the border and to stay at the camp,” Spears said. “Our second worry was what’s happening in the air.” 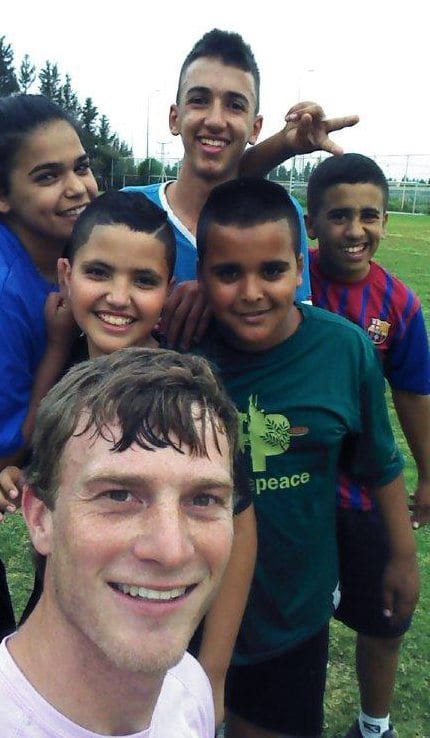 The rocket fire began the night before they started training for the camp, Spears remembered. “Several coaches and I were sitting at a dining table out on a patio. The World Cup is on TV, there’s food on the table and all of sudden we see a rocket headed from left to right in the air,” Spears said. “And the sirens go off. Because we were close to Gaza, the sirens actually couldn’t go off far in advance. We rushed inside and took a few minutes. Everybody took their breath and took stock of what happened.”

The camp eventually occurred, he said, but the Palestinian players never received permission to cross the border.

He says he’s known for more than 10 years that international nonprofit work is his calling.

“My parents instilled in me a sense of doing my part,” says Spears. “I feel like we all have a responsibility to each other.”