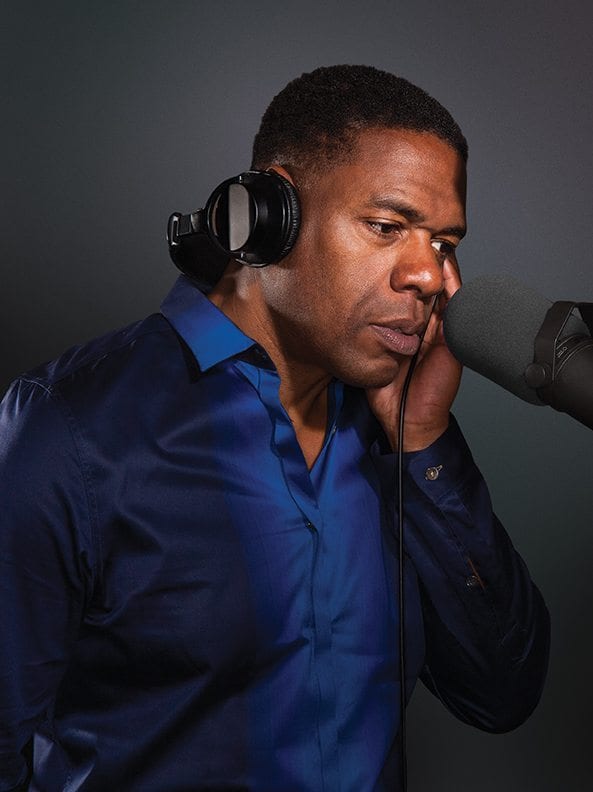 McKnight came to Georgia State in 1992 to study piano pedagogy after earning his bachelor’s degree in performance at Morehouse College. A hand injury during graduate school forced him to step away from the bench for two years and it was then that his career began to take shape.

“I experimented with what I’m doing now at Georgia State,” McKnight says. “When I couldn’t play, I was listening to a lot of classical music on the radio. … I would always think, man, I would have told this story about the music.”

McKnight took his storytelling style back to Morehouse in 1998, joining the faculty as an adjunct teaching music appreciation, theory and applied piano. He took a year off to do an internship with National Public Radio in Washington, D.C., and when he returned to Atlanta, he began to make his mark at Georgia Public Broadcasting. McKnight introduced the Atlanta Symphony Orchestra broadcasts to the entire state and launched “Studio GPB,” a program created to highlight the diversity of music happening in Georgia through recordings, interviews and live studio sessions with local and visiting artists — all while still teaching at Morehouse.

New York Public Radio came knocking in 2008 and recruited him away to be an evening host, first with WNYC then with WQXR. Until this summer, he also hosted “All Ears with Terrance McKnight,” a weekly show about musical discovery.

Although McKnight isn’t in a traditional classroom anymore, he calls on his academic background any time he sits down in the booth.

“Morehouse and Georgia State gave me a very open-arms approach to what great music is and how to present it to people,” McKnight says of his radio-hosting philosophy. “It’s teaching; it absolutely is.”